Climate Change Could Become the Defining Issue of the 2020 Election 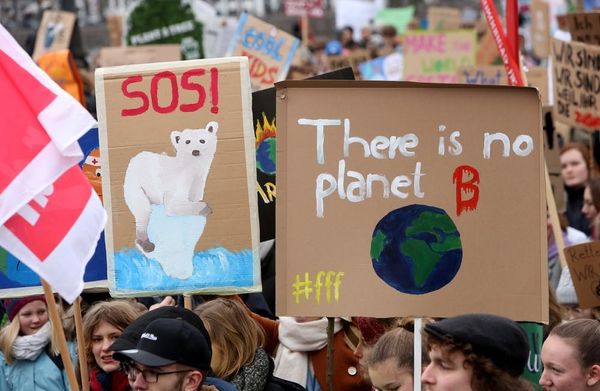 “This is the first time Democrats have decided to go on offense on climate change,” Schumer said in an interview with the New York Times. Asked about what bill Democrats plan on running, though, he admitted, “It’s going to take us a little while to come up with a consensus that works.”

With climate change becoming a key issue for younger millennials, the decision to focus more on the environment is one way in which Democrats hope to court younger voters. Thanks in part to activists throughout Europe, young Americans — particularly young women — are taking up the mantle to force serious legislation to protect the planet.

As part of that effort, climate change activists are planning mass protests on March 15 across the US and around the world. And organizations such as Zero Hour are focusing their efforts on mobilizing youth, many of whom are voting for the first time in 2020.

“There aren’t very many spaces that I can be in charge of, and what I’m going to say is going to be heard,” 17-year-old Jamie Margolin, Zero Hour’s executive director, told BuzzFeed News in February. “If you’re a victim of a system of oppression, you’re more affected by the climate crisis — that goes for women. Nobody is going to hand us this. We have to step up and raise our voices.”

Democrats plan to do just that in Congress. Per the Times, Schumer is organizing daily speeches about climate change inaction, as well as a “proposal for a special Senate committee focused on the issue.”

But it’s not just Congress that’s poised to move into a more climate-driven conversation: Late Friday, Governor Jay Inslee announced his bid for the Democratic presidential nomination. And his platform focuses primarily on fixing the environment.

Inslee, a former state legislator and congressperson, has spent his career focused on the environment. In 2007, he co-wrote a book on climate change that called for sweeping legislation focused on clean energy jobs and environmental justice. His decade-old plea is strikingly similar to Ocasio-Cortez’s Green New Deal, which combines job creation with environmental protections and emissions-reducing targets.

“Ultimately, I believe there is one central, defining, existential-with-a-capital-E threat to the future of the nation: climate change,” Inslee told Vox ahead of his announcement. “It is clear that it will only be defeated if the United States shows leadership. And that will only happen if the US president makes it a clear priority — the number one, foremost, paramount goal of the next administration.”

With global scientists warning that we’re almost out of time to repair the environment (never mind reverse course), voters may prioritize environmental reform — something that wasn’t even on most people’s radar just 10 years ago. “We’re the first generation to feel the sting of climate change,” Inslee said in his presidential bid video. “And we’re the last who can do something about it.”

Kat Armstrong
Kat has been a writer, social media maven and mom for longer than she's willing to admit. She's also spent time in front of and behind the camera, interviewing celebs, politicians and acting as a producer for fashion and artistic photography shoots. When she isn't writing for various orgs and publications, she's hanging with her kids, husband and French Bulldog, Peter, in Toronto, Canada.
Environment
Current Events
Environment Politics
More From Current Events