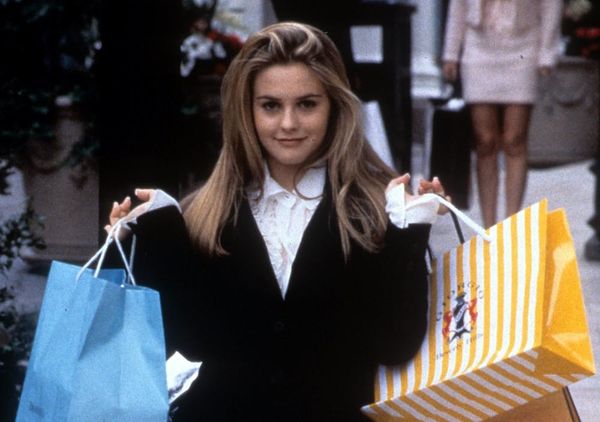 If you’re as totally Clueless-obsessed as we are, you’ll be happy to know that the OG cast from the classic ’90s flick is still tight, even if it has been almost 25 (!!) years since the movie’s original release. And they have the seriously nostalgic selfie to prove it.

Alicia Silverstone (Cher Horowitz), Paul Rudd (Josh Lucas), Breckin Meyer (Travis Birkenstock), and Donald Faison (Murray Duvall) got together on Saturday, March 23, at the 2019 Chicago Comic & Entertainment Expo — or C2E2 — and they were definitely feelin’ the love. Faison was the first to share a snap of the grinning foursome, which he captioned, “Rollin’ with the homies… #clueless #PaulRudd.”

Rollin’ with the homies... #clueless #PaulRudd

Meyer then uploaded the same image, but took the opportunity to expertly troll Rudd, who doesn’t have his own Instagram account. “We. Have. No. Clue.” he wrote in the caption, tagging the Ant-Man star as his Avengers: Endgame costar Chris Hemsworth.

Silverstone was a little nicer to her on-screen beau. She uploaded a selfie of the two of them and gushed, “Such a sweet reunion last night at dinner with my pal #PaulRudd. I love this guy! I mean he ordered vegan for both of us….. Swoon.”

Such a sweet reunion last night at dinner with my pal #PaulRudd. I love this guy! I mean he ordered vegan for both of us..... Swoon 🤗 One more day to go at #c2e2, hope to see u tomorrow!

In addition to the flashback photos, the actors also sat down for a reunion panel and reminisced about their time on the Clueless set. According to BuzzFeed, Silverstone told the audience, “I loved playing Cher. It was such a fun character and working with these guys — every one of them was so much fun. I didn’t know who that girl was, so it was really fun to be her. Because it wasn’t how I lived my life.”

Another sweet moment came when Faison shared his belief that the love between Josh and Cher was the real deal. “I think you guys would still be together if we were to ever do a sequel,” he said. We, for one, agree!