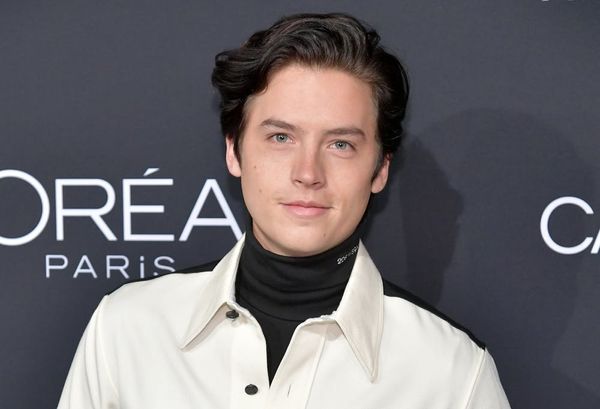 Cole Sprouse has become one of our favorite young actors. From his debut on Friends as Ross’ son, Ben, to his breakout role on Riverdale, the 26-year-old has given us some great on-screen moments. Now, he’s gearing up for his biggest role yet as the star of a romantic teen drama film, which is seriously reminiscent of The Fault in Our Stars.

Titled Five Feet Apart, the movie tells the story of two teens, Will (played by Sprouse) and Stella (played by Columbus star Haley Lu Richardson), both of whom are battling cystic fibrosis and meet in the hospital during treatment. They’re instructed to stay at least six feet apart at all times because their immune systems could be attacked by each other’s bacteria. But that becomes increasingly difficult as they fall in love.

“Human touch,” Stella proclaims at the beginning of the just-released trailer. “We need that touch from the one we love almost as much as we need air to breathe. I never understood that until I couldn’t have it.”

The trailer is sure to pull at your heartstrings and leave you teary-eyed, as Stella comes to the conclusion, “This whole time I’ve been living for my treatments, instead of doing my treatments so that I can live. And I wanna live.”

Speaking with Teen Vogue last week, Sprouse revealed just how seriously he took his new role, explaining, “There are some roles that carry a real responsibility for accurate representation. This was one of them. Some say the currency of poetry is the acceptance of other poets, and I desire no audience more greatly than those who resonate with the challenges shown by the characters of this film. It’s my hope that we did them justice.”

Five Feet Apart was directed by Justin Baldoni (AKA Rafael Solano from Jane the Virgin) and also stars Moises Arias from Hannah Montana and Parminder Nagra from ER. It’s set to premiere in March 2019.

Will you be watching Five Feet Apart? Tweet us @BritandCo.

Barbara Pavone
Barbara Pavone is a pop culture-obsessed writer based in beautiful (but ridiculously cold) Montreal, Canada. When she's not working, she's sipping on a Pimm's Cup and daydreaming about her celebrity hero, Saint West.
Movies
Movies
Movies
More From Movies