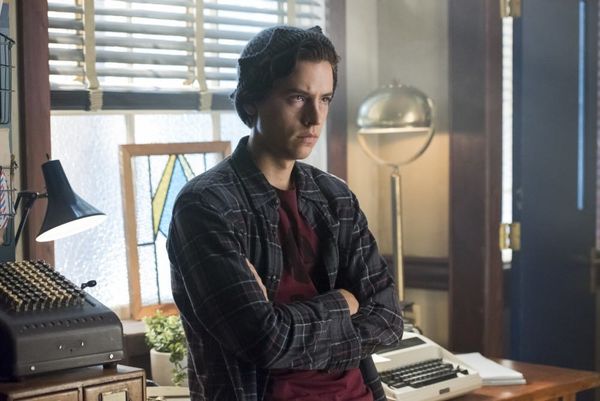 With Riverdale‘s third season set to premiere on the CW on Wednesday, October 10, we’re prepping ourselves for a season full of murder, mystery, and Bughead goodness. We’re also catching up on star Cole Sprouse’s recent Reddit AMA, where he dished even more details on what to expect in the upcoming new episodes.

“Every season is a slightly different genre, so ‘craziness’ or ‘realism’ is dependent on that genre,” Sprouse, who plays Jughead in the teen drama, said in the AMA. “First season was a murder mystery, season 2A was more of a horror, season 2B was a crime drama. Season 3 is a cult mystery.”

The initial glimpses of the upcoming season have indeed hinted at the dark cult activity to come, seemingly centered around Betty’s sister Polly’s stay at “The Farm” with her twin babies.

Additionally, Sprouse revealed the ways in which his family will come into play in season 3 more than ever before. Both his mother, Gladys, and his sister, Jellybean, will be introduced in the coming months, and Sprouse said that his mom will play a big part in helping to bring Jughead back from the darkness and violence of the Serpents.

“I think she’s inevitably going to have some large impact on the Jones men and maybe even the Cooper women,” he said, adding that Jug will revert back to a more intellectual character as opposed to an emotional one. “That’s actually very much what Jughead’s mother seems interested in repairing. Getting Jug to use his head again.”

As for how he’d describe the season 3 iteration of Jug? “Calm, loyal, confident, brave, and understanding of his own mistakes,” he said. “Also he eats all the time, I think you’ll like him.” We have no doubts about that!

Are you excited for season 3 of Riverdale? Let us know @BritandCo!