The Most Compelling New Characters of the 2018 Fall TV Season 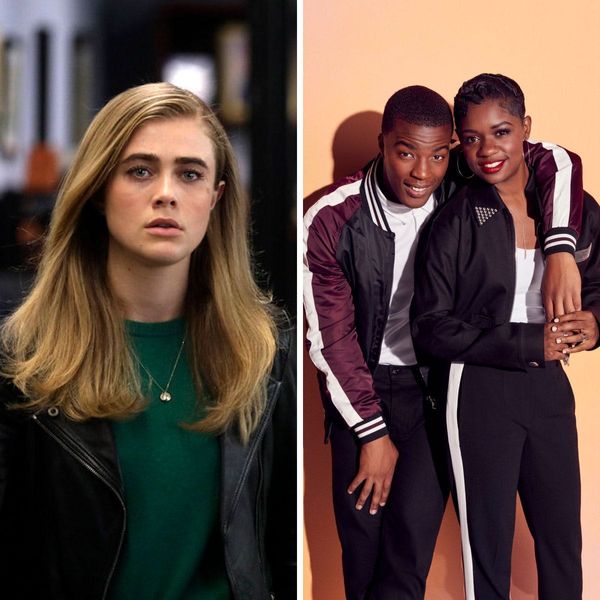 One of the reasons we tend to fall so in love with a new TV show is its characters. What would This Is Us be without Jack and Rebecca Pearson or the Big Three? And can you imagine Brooklyn Nine-Nine without Gina Linetti (which is now, sadly, a reality)?

It's still early in the new fall TV season, but there are already a handful of standout characters who are proving to be worthy of our time week after week, whether because of their inspiring grit, aspirational romance, or comforting friendship. Here are 10 new fall TV characters that have already piqued our interest — and might just be your new obsession, too. (Photos via Tyler Golden/NBC + Craig Blankenhorn/NBC/Warner Brothers + Sami Drasin/The CW + Virginia Sherwood/NBC)

Michaela Stone (Melissa Roxburgh), Manifest: Michaela, along with her brother and nephew, was a passenger on the mysterious Flight 828, which seemed to be experiencing turbulence but actually disappeared for five years. Strong-willed and mysterious, tough but vulnerable, Michaela is a rookie police officer grappling with unresolved tragedy in her past and uncertainty about her future. She's flawed and complicated, and that's exactly why we're rooting for her. (Photo via Craig Blankenhorn/NBC/Warner Brothers)

Emet Kamala-Sweetzer (Sarayu Blue), I Feel Bad: A lot of women can relate to the overworked and under-appreciated mother/wife/daughter character, but I Feel Bad and actress Sarayu Blue's portrayal of Emet, in particular, elevate the trope beyond that of a family sitcom. Emet is also the only female in her line of work as a video game artist, and it's in dealing with this too-familiar and deeply relevant angle that her toughness, smartness, and true relatability shine. (Photo via Tyler Golden/NBC)

Dr. Max Goodwin (Ryan Eggold), New Amsterdam: A medical drama with a hot-shot new doctor in charge isn't the most novel thing on TV, but there's a reason this formula works so well. In the case of New Amsterdam, NBC's freshman series about the medical director of an underfunded hospital who makes patient care his first priority, the secret to success could be that its inspiring and establishment-bucking lead character, Dr. Goodwin, is based on a real person. Dr. Eric Manheimer was the medical director of Manhattan's Bellevue Hospital for 15 years, reforming policies and providing better care in the process — all while battling throat cancer. (Photo via Francisco Roman/NBC)

Spencer James and Tiana "Coop" Cooper (Daniel Ezra and Bre-Z), All American: The CW's latest teen drama is a mix of Friday Night Lights and The O.C., and has one of our favorite on-screen BFF pairings since both of the aforementioned beloved small-screen classics. Spencer is a star football player who is shuffled from his underprivileged high school to an affluent — and predominantly white — community for more opportunities. His best friend, Coop, stays behind and helps him keep his perspective while providing guidance and support in his new life. She also happens to be openly gay, making her best friendship with the star athlete of the school even more compelling. (Photo via Jesse Giddings/The CW)

Maggie Bell (Missy Peregrym), FBI: Maggie is not only a tough FBI agent with the candor and intelligence necessary for the job, but also a multifaceted woman who is dealing with a work/life balance more intense than most. Given the other strong female leads in producer Dick Wolf's franchises — Mariska Hargitay on Law & Order: SVU and Sophia Bush on Chicago PD, to name just a couple — we can't wait to see how this character develops. (Photo via Craig Blankenhorn/CBS)

Ashley Morales (Christina Ochoa), A Million Little Things: It's hard to pick a favorite on an ensemble show, and in one with as many charming leads as A Million Little Things, Ashley seems like an outlier. But as the assistant to Jon (Ron Livingston), who died by suicide in the premiere, leaving his group of close friends reeling to figure out the reasons, Ashley might just be the key to the answers they seek — and an underrated part of the whole show as a result. (Photo via ABC/Jack Rowand)

Sabrina Spellman (Kiernan Shipka), Chilling Adventures of Sabrina: Sabrina is a character we've admired for years, and we love Kiernan Shipka's take on the iconic teenage witch for Netflix. As in previous iterations, Sabrina — half human, half witch — is torn between her mortal life with her friends and boyfriend, and her supernatural potential as demonstrated by her aunts Zelda and Hilda. Of course, not everyone who wants Sabrina to use her powers wants them for good, and her struggle to rise above in the battle of good vs. evil is guaranteed to make for a compelling series. (Photo via Diyah Pera/Netflix)

Jake and Claire Davis (Damon Wayans Jr. and Amber Stevens West), Happy Together: CBS' Happy Together — which was inspired by Harry Styles' experience living in the attic of producer Ben Winston's home — shines thanks to Damon Wayans Jr. and Amber Stevens West, who defy the traditional TV sitcom representations of a married couple. Jake and Claire are true partners and friends, and while their relatively ordinary and decidedly unglamorous lives are a running joke on the show, they're aspirational in an often overlooked, more personal way. (Photo via Sonja Flemming/CBS)