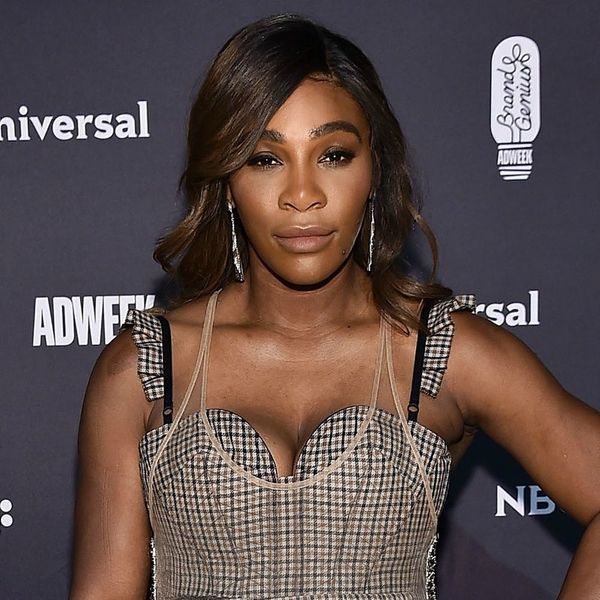 GQ Magazine announced its 2018 Men Of The Year on Monday, and added one very special member to the group — tennis legend Serena Williams. But her cover image — an artistic collaboration with her famous on-court clothing designer Virgil Abloh, with text printed in the designer’s handwriting — has a number of fans questioning why the magazine would choose to use quotation marks around the word “woman.”

Though it is well known that scare quotes around words are a signature of the designer (and frequent Williams collaborator), critics of the magazine cover have pointed out that the typography seems insensitive in light of the racism and sexism the athlete has faced regularly throughout her career.

Irrefutably, Williams, her sister, and several other high profile Black woman athletes have faced intense scrutiny for their gender expression and outward physical appearance. It makes sense, in this context, that the implications of the GQ cover design have been hotly debated.

“In the context of Serena Williams, a person who has been mocked for her appearance and deliberately misgendered for years…” culture critic Crissle West tweeted on Monday, taking the dominant position in the heated debate. “This aint it, Virgil.”

Others, however, have expressed the dissenting opinion that people may be overthinking the punctuation’s significance. Williams has not yet commented on the cover or the ensuing controversy. She has, however, spoken at length about the digs people have made against her appearance — specifically her womanliness, and the physical strength that people have held against it. She told Harper’s Bazaar UK earlier this year that it took years of self reflection and personal growth not to take the words of detractors so seriously.

“People would say I was born a guy, all because of my arms, or because I’m strong,” she said. “I was different to Venus: She was thin and tall and beautiful, and I am strong and muscular — and beautiful, but, you know, it was just totally different…This is me, and this is my weapon and machine.”

It wasn’t the first time Williams drew a connection between people’s perceptions of womanliness and her own undeniably powerful physique.

“I’ve been called man because I appeared outwardly strong,” Williams wrote on Reddit in 2017 in an open letter addressed to her mother. “It has been said I don’t belong in Women’s sports — that I belong in Men’s — because I look stronger than many other women do.”

She added: “I am proud we were able to show them what some women look like. We don’t all look the same. We are curvy, strong, muscular, tall, small, just to name a few, and all the same: we are women and proud!”

Through her now-regular collaborations with Abloh — who is also African-American — and Nike, Williams’ on-court outfits show off her physique in ways that prove she’s proud of who she is. Consider, for example, that now-infamous US Open tutu — an outfit that sported the words “LOGO” and “SERENA” in quotations.

No matter what cover she lands (or what she does on the court), Serena Williams is able to use her power, her smarts, her body, and her talent to show people that she transcends what they think of her. Even more, she’s redefining and expanding the constraints of our culture’s apparently outdated expectations of womanhood — dubious typography notwithstanding.

Kat Armstrong
Kat has been a writer, social media maven and mom for longer than she's willing to admit. She's also spent time in front of and behind the camera, interviewing celebs, politicians and acting as a producer for fashion and artistic photography shoots. When she isn't writing for various orgs and publications, she's hanging with her kids, husband and French Bulldog, Peter, in Toronto, Canada.
Controversy
Body Positivity
Controversy
More From Body Positivity