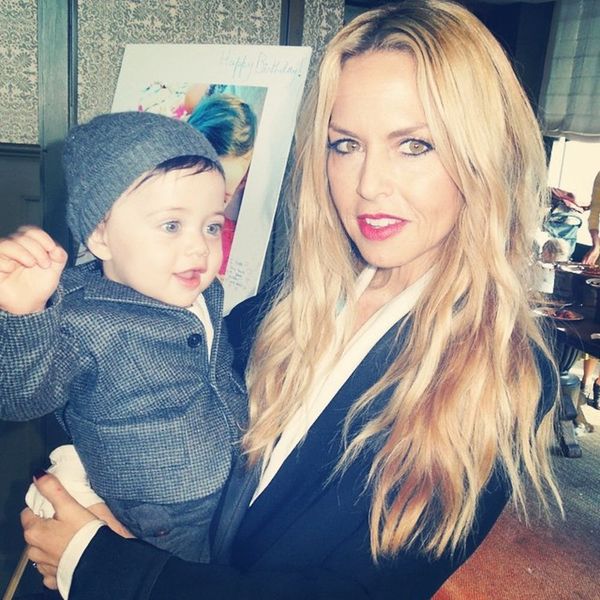 Ever notice how we tend to be very experimental when it comes to girls’ names (Kayley, Kaylee, Kayla and Kaylynn…), but boys’ names tend to be more traditional? Maybe it goes back to boys being named after their fathers, or maybe it’s just easier coming up with feminine names. Whatever the reason, the times are a-changin’. moreThe experts at Nameberry have pointed out that more and more parents are switching up naming conventions for their sons, inventing new spellings and creating entirely new monikers. The celebrity world has welcomed the likes of Zion, Kenric, Ransom and Dashiell recently. We decided to give it a shot as well, so here are 10 “new” names to consider for your little lad.

1. Bard: For a fresh take on an art-inspired baby name, try this Gaelic word for a musician or poet. It’s also the name of the heroic bowman from The Hobbit, in case your better, geekier half needs some convincing.

2. Dax: Kristen Bell’s girls have some super cute names (Lincoln and Delta), but her husband has one of the most original. Plus, boys’ names featuring an “X” are all the rage.

3. Titus: We’ll call this one “unbreakable” — even if you don’t go for middle name Andronicus.

4. Greyson/Grayson: Move over, Jason and Mason. A nod to the name Grace combined with the ever-popular last-name-as-first-name trend, this new name is bound to take hold.

5. Indigo: Rider Strong of Boy Meets World dubbed his newborn with this colorful name just last month. We like that he and his wife are also putting a Raiders of the Lost Ark spin on it by embracing the nickname “Indy.”

6. Joah: For when Joseph is too traditional and Noah is too ubiquitous, try out this lesser-known Biblical name. It means “fraternity,” making it a great choice for a new brother.

7. Kaius: It wouldn’t be an invented baby name list without a K-name in there somewhere. Hats off to Rachel Zoe for this one, which brings the classic Latin name Caius into the 21st century.

8. Marvolo: Seeing Alastor (AKA Mad Eye Moody) on Nameberry’s list reminded us that J.K. Rowling is the QUEEN of inventing names, so we turned to the canon for more inspiration. Naming your son after Voldy’s middle name is pretty daring, but of all the curious characters in Harry Potter, we think Marvolo actually has a pretty great ring to it (unlike Xenophilius).

9. Nash: We’re stealing this one from NFL Network sportscaster Jenn Brown, who showed off her baby boy a few weeks ago. It’s one of those solid, single-syllable men’s names that folk-rock lovers can get onboard with.

10. Solo: While we’re dying to find out what Rosamund Pike named her newborn in December, we still love this name she gave her first son. It’ll work into adulthood, especially if he’s an independent kind of guy or a Star Wars fanatic.

Have you invented any creative boys’ names? Add your favorites to our list in the comments below.

Molly Griffin
Molly is a writer and editor from Boston who loves traveling, eating and occasionally being a little too candid. She lived in Dublin, Ireland for the last four years but recently moved to San Francisco to escape the rain. Now, she’s on the lookout for a good proper pub.
Celebrity Baby Names
Baby Names
Celebrity Baby Names New Parents Parenting
More From Baby Names