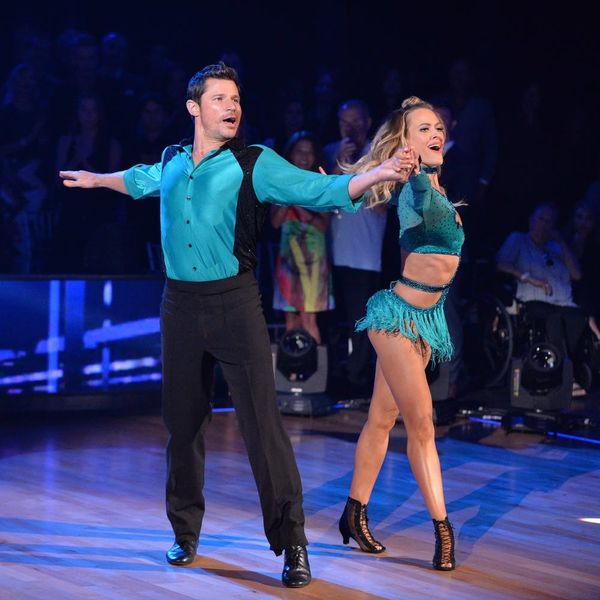 Dancing With the Stars kicked off its 25th anniversary season with a bang on Monday! Before hitting the ballroom to compete, the 13 celeb contestants and their pro partners took to the streets for a big choreographed number by Mandy Moore — no, not that Mandy Moore — set to (what else?) “Dancing in the Street.”

From there, they jumped right into the competition, with each couple taking a spin around the floor for their first dance. Take a look at the week one rankings below to see how each pair performed! (The rankings below are based solely on scores from Len Goodman, Carrie Ann Inaba, and Bruno Tonioli, but as DWTS fans know, eliminations are based on a combination of scores and votes, so get to voting for your favorite pair.)

Dance: Tango to “There’s Nothing Holdin’ Me Back” by Shawn Mendes

Dance: Tango to “So What” by Pink

Dance: Foxtrot to “Sign of the Times” by Harry Styles

Dance: Cha Cha to “Like That” by Fleur East

Dance: Cha Cha to “Come Get It Bae” by Pharrell Williams

Dance: Foxtrot to “Lost in Your Eyes” by Debbie Gibson

Dance: Foxtrot to “Our House” by Madness

Dance: Cha Cha to “Ain’t Too Proud to Beg” by The Temptations

Dance: Salsa to “Moneymaker” by Ludacris

Which couple are you rooting for on DWTS? Tell us @BritandCo!