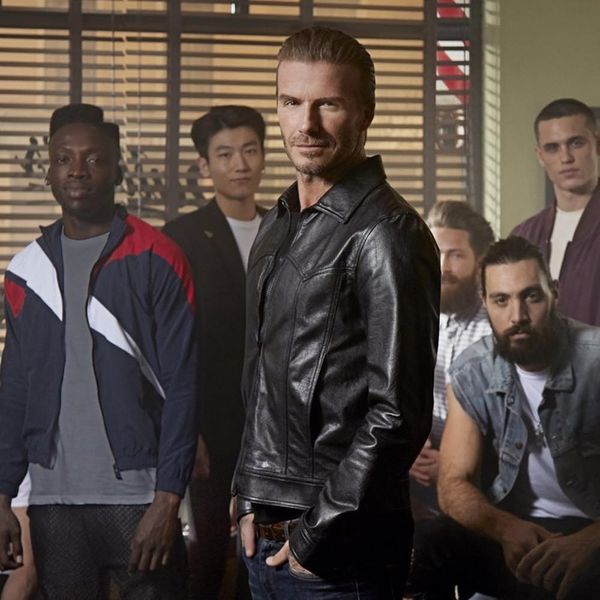 When you hear the words “Beckham” and “beauty” in the same sentence, you naturally think of former Spice Girl Victoria Beckham. Surprisingly, you’d be wrong in this case, because it’s actually hubby David who’s dipping his toes into the beauty pond.

While the football star is mainly known for his sports and modeling skills — as well as his impressive tattoo collection – he’s decided to add another title to his resume: beauty guru. Beckham is teaming up with L’Oreal on a 13-item grooming line called House 99. He told Elle, “I created House 99 to give people the inspiration as well as the right products to experiment and feel completely at home doing so.” 99 represents the year he married his wife and had his son, as well as won the Treble (when a team wins three championships in a single season or calendar year) while playing for Manchester United.

House 99 products will include beard oils, moisturizers, and shaving creams. Beckham says, “For me, grooming is not only about how you look, but how you feel. It’s about being comfortable, trying new things and shaping your next look.” Hear, hear! Everyone should be able to look and feel good all the time.

Would you or someone you know try House 99? Tell us @BritandCo!

Shea Lignitz
Shea can be found in the nearest bookstore or brewery, exploring the great outdoors, or blasting Led Zeppelin. She grew up in the cold and rain of Northern California's redwoods but is currently wandering around Texas.
Beauty Products
Beauty News
Beauty Products Celebrity Beauty New Beauty Products