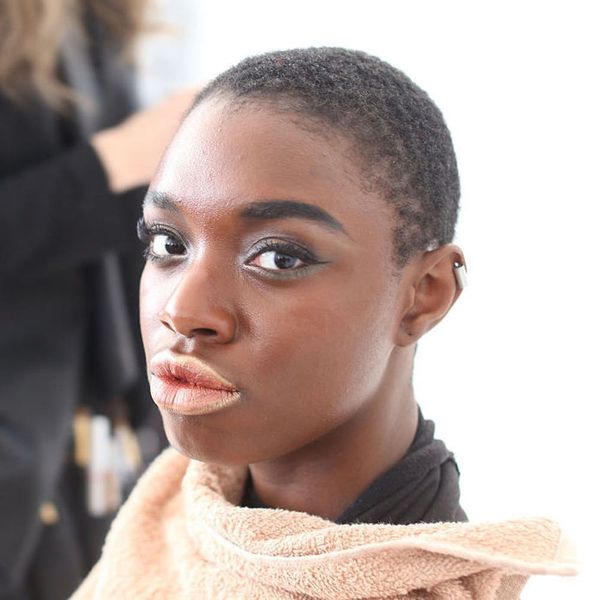 Shea Moisture was a consistent product throughout my hair journey, which began when I was a teenager. Finding quality products at an affordable price proposed a challenge. But at $10 a bottle, Shea Moisture was there for me. It became a staple in my college dorm room, and in the dorm rooms and bathroom cabinets belonging to other Black girls like myself. Finally, we had a product of our own. Shea was Black engineered, Black-owned and had Black women in mind. It represented a place that Black women of all textures and shades were prioritized. They made us feel that our beauty had value.

So I was disheartened to see last month’s Shea Moisture ad, and I wasn’t alone. The ad, which featured white women talking about hair dye, and the tagline “break free from hair hate,” may have seemed innocuous to some. But for many loyal Black customers, myself included, the clip made us feel replaced and rejected in the worst way. The commercial faced so much backlash, the company pulled it, citing on Facebook that “it does not represent what we intended to communicate.”

The problem, as Shea’s founder and CEO Richelieu Dennis acknowledged, is that Black women are largely overlooked and dismissed in the beauty industry. It’s not just about products, it’s about visibility.

Growing up, I didn’t wear my hair naturally. Instead, I straightened it to appease the narrow, widely accepted standards of beauty and professionalism. In fact, it wasn’t until I was 17 that I felt my real hair for the first time.

This isn’t new. Black women are often forced to alter their hair to meet societal expectations. Consider the immense scrutiny Black women have faced for their hair since arriving in this country. The issue dates back to many female slaves who were forced to cover their hair to show subordination, and later, during Louisiana’s “Tignon laws,” they were required to wear head-wraps in order to avoid the attention of white men. This expectation was fostered in more coded approaches later on, as young Black girls were taught to calibrate their physical attributes to appeal to (or not threaten) a white majority. In some ways, this is still true —with magazines still accused of lightening skin tones and the entertainment industry still rewarding traditionally white physical ideals.

For young Black girls, the impact is real. I was scorned for my hair from elementary through early high school. Ongoing ridicule led to low self-esteem and manifested in social anxiety and depression. When lucky, I found refuge in the form of braided extensions. When not, I was called names and frequently reminded I lacked societal beauty. “Ball-headed,” “No hair,” or “N.H” as my classmates would scowl. Those terms that haunted me into my late teens. Soon, the word “hair” alone was enough to cause a deep pain in the pit of my stomach. But the summer before college, I was determined to overcome that fear. I did that by getting a drastic haircut. Cutting my hair represented shedding years of pain. As India Arie sang, my haircut meant that “I am not my hair.”

My former hairdresser recognized the significance of this change and suggested I do a series of haircuts instead of what is known in the natural hair community as a “big chop.” But for me, it was now or never. It was the summer before my freshman year of college and I planned to start my new life all at once. After that first, somewhat cautious hairdresser gave me a significant trim, I still wanted to go shorter. So I went to the barbershop for a proper cut. When I first looked into the mirror I teared up. I still hated my hair. I felt like a tennis ball. I had been socially conditioned to covet long flowing tresses but now my texture was tightly coiled. I had to relearn who I was, and who I wanted to be.

For me, this wasn’t just about style. This was my act of resistance and strength. Slowly I adjusted to my new looks and began to feel proud of myself.

Choosing to accept myself was the beginning, not the end. Black hair is as fragile as it is beautiful, so “protective styles” are commonplace. This category includes twist, cornrows, and braids with extensions. After wearing my hair in its natural state, I found myself facing a dilemma. I’d stopped chemically straightening my hair at a young age, but I was a “straight natural” until my haircut. I had no idea how to style my new Afro — but I was forced to learn. I spent my time between classes and extracurriculars glued to YouTube watching instructional videos and learning what was best for my hair. I had no knowledge of moisture and I couldn’t braid. In the beginning, I asked my relatives and roommates to braid my hair for me, but eventually, they got tired and I had to take over. My first successful two-strand twist left me elated. It took me four hours but for the first time, I felt beautiful. That initial twist compelled me to further seek out undiscovered aspects of myself —what I could do and what I wanted to project.

Seven years and one baby later, I am still on that journey. My sense of self, however, has improved. Shedding the expectation to have long straight hair was the first step on an excursion of self-discovery. It caused me to challenge notions of beauty, womanhood and social position. I would not be who I am today without my hair experiences — both the positive and the negative experiences.

Understanding that my beauty is considered “other” has been a challenge. I hope a decade from now Black hair will be accepted at all career levels and Black youth will see the beauty in themselves. I also hope that more companies will cater to, embrace, respect, and celebrate Black women.

I’ve changed a lot over the last few years thanks to feeling that first coil. For me, my hair represents an ongoing quest for knowledge and growth. I believe each strand on my head holds the experiences of those before me. In spite of being under frequent scrutiny, I will continue to wear my hair like the crown that it is.

Rochaun Meadows-Fernandez is a writer and lifelong learner. She specializes in topics that relate to sociology, health, and parenting. Her work has appeared in Healthline, Yes! Magazine, WhattoExpect, ForHarriet, and many other publications. To read more from Ambreia, see her writer’s page on Facebook, follow her on Twitter and check out her website.

(Photos via Bennett Raglin and Craig Barritt for Getty Images)