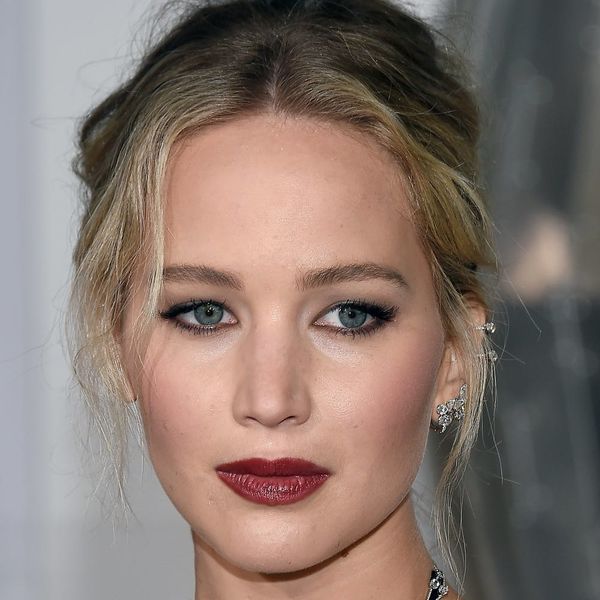 Oscar-winning actress Jennifer Lawrence is undoubtedly gorgeous: Between her icy blonde locks, mesmerizing eyes, and killer physique, girl is practically A-list perfection. Which is why it’s so utterly baffling that Debra Tate, sister of the late Sharon Tate (who was tragically and brutally killed in the Manson murders), is shunning the actress for her looks.

The insult in question came when TMZ caught up with Debra (who just so happens to own the rights to her sister’s posthumous image and likeness), to ask her opinion on rumors that Quentin Tarantino’s next film, which will reportedly be about the tragic incidents that occurred back in 1969, may be casting either Margot Robbie or Jennifer Lawrence to play the role of Tate.

While Sharon’s sister seemed okay with the possibility of Robbie as a front-runner, she had some less-than-complimentary opinions about Lawrence that she wasn’t shy about vocalizing. After conceding that they are “both extremely accomplished actresses,” Tate said her pick would be Robbie, “simply because of her physical beauty and the way she even carries herself is similar to that of Sharon.”

When it came to Lawrence, however, Tate said she “didn’t think as much about [her],” quipping, “Not that I have anything against her, but she… just… I don’t know, she’s not pretty enough to play Sharon.” Say what!?

Continuing on, Tate said that while it was “a horrible thing to say,” she has her standards, and her reasons: She told the outlet that “Physical beauty wouldn’t be so important, but Sharon’s six years of her public life were all based on that incredibly beautiful, natural, perfect look in both [sic] soul, heart, and spirit, so that’s what I’m looking to try to capture.”

Are we crazy, or does that not sound like a perfect description of Lawrence?

Twitter, for one, was not here for the comments, pointing out that Lawrence is PLENTY pretty by most standards, and that her accomplishments should count for more than her looks.

It actually IS a scientific fact that Jennifer Lawrence is gorgeous and an amazing actress. pic.twitter.com/b5S7ehxlQw

I couldn't have care less about the supposed Manson movie, but now I want Jlaw to play her. Not pretty enough ? Please! #JenniferLawrence

Still, despite the fact that Tate says Tarantino has yet to reach out to her (a fact she voiced concern about), it looks as though she may get her wish, as word on the street is that Robbie has already met with the director regarding the potential role.

As of press time, Lawrence has yet to respond.

What do you think of Debra’s shocking comments? Tell us over @BritandCo.

Nicole Briese
Nicole is the weekend editor for Brit + Co who loves bringing you all the latest buzz. When she's not busy typing away into the wee hours, you can usually find her canoodling with her fur babies, rooting around in a bookstore, or rocking out at a concert of some sort (Guns N' Roses forever!). Check out all her latest musings and past work at nicolebjean.com.
Controversy
Celebrity News
Controversy