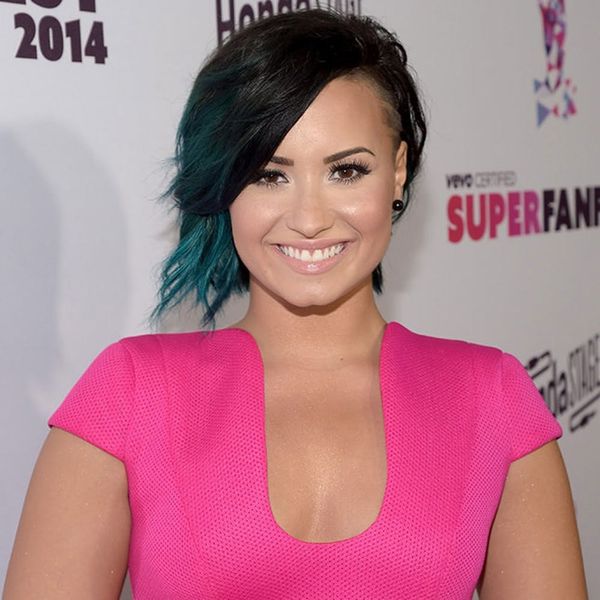 Either Demi Lovato is playing with our hearts or Wilmer Valderrama just proposed to her with the most beautiful, untraditional engagement ring ever. Her latest Instagram pic features the 22-year-old singer holding hands with her 35-year-old actor boyfriend and a ring on *that* finger. Since the two have been very vocal about their relationship and love in the past — even saying as recently as this week that if he asked her to marry him tomorrow, she’d say yes! — this post immediately caught our attention.

Her caption said, “He’s there for me when others aren’t… He supports me when others won’t… He loves me when others don’t.” But she also added at the very end “not engaged… ya’ll are crazy.” We know, we know. But when a ring pops up on her ring finger days after talking about marriage, you can’t blame us for wondering!

Either way, one thing is for sure: If he *did* propose, we’re about to see a heck of a lot more band-style engagement rings in the near future, since Demi is nothing if not a trend-setter (her colorful hair is one of our personal faves). Don’t mind us as we secretly hope it’s all true and immediately start fantasizing about what color she’ll dye her locks for the big day (lavender? rose gold?!).

Do you think Demi and Wilmer are engaged? Tell us below in the comments!

Lauren Smith
Lauren is a midwesterner at heart, living and writing in NYC. When she's not behind her computer you can find her splurging on delicious food, reading the latest pick from her book club and almost always wearing chambray.
Party