How Safe Are Your Dietary Supplements? 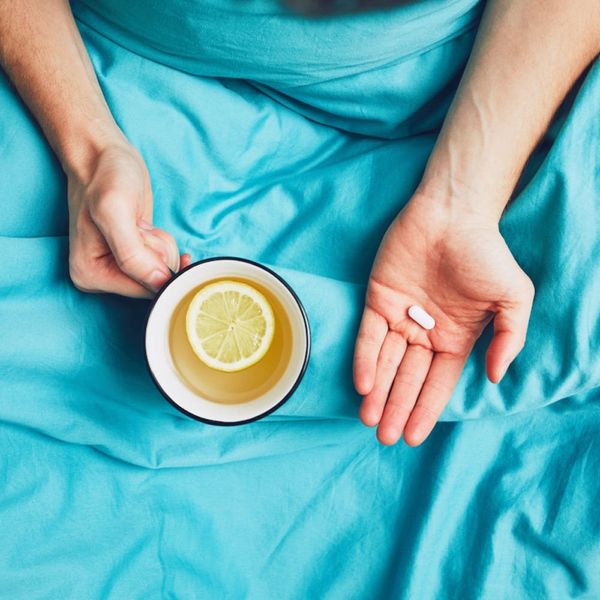 More than two-thirds of American adults say they take some kind of over-the-counter dietary supplement. These health aids appeal to many of us for a variety of reasons: We don’t need a prescription to get them, they’re often less expensive than other meds, and with their “natural” ingredients, they seem like a safe bet. But with little government oversight to regulate them and new research uncovering some major red flags in their production, there’s cause for concern that some may not be as harmless as we think. How safe are dietary supplements, really? And what steps can we take to ensure that whichever one we pull off the store shelf is a good call?

A Little Lesson on Regulation

To understand the issue of supplements and safety, it’s helpful to start with a look at how the FDA monitors them. Though you might expect that the government would hold companies to strict standards during the manufacturing and marketing of their supplements, that’s not the case. Under the Dietary Supplement Health and Education Act of 1994, the FDA monitors only “finished” dietary supplements. So, unlike regular drugs — which must go through testing and clinical trials before reaching consumers — supplements hit shelves largely without FDA involvement, so long as their ingredients were on the market prior to October 1994. (Even then, the FDA admits that “there is no authoritative list of dietary ingredients that were marketed in dietary supplements” before this date.) Because of this hands-off approach during production, it isn’t until after supplements are sold that the FDA takes action against any errors in ingredients or false marketing claims.

It’s especially noteworthy, then (and rather scary), that, according to a brand-new study, between 2007 and 2016, nearly 800 supplements on American shelves were found to contain unapproved pharmaceutical-grade ingredients. A fifth of these contained more than one such ingredient. The most common offenders were aids marketed for sexual enhancement, weight loss, and muscle building. Though the FDA issued warnings to the manufacturers of these products, almost 30 of them made the “naughty list” again after more than six months — meaning that manufacturers continued to include pharmaceutical-grade ingredients in their supplements even after being told to remove them.

“I’m very surprised and concerned by the findings of this study,” says licensed naturopathic doctor Katherine Zagone of Gentera Center for Regenerative Medicine, “mostly because the undeclared ingredients are pharmaceuticals that have known side effects for certain populations. This could lead to anything from mild discomfort to a trip to the ER.” Zagone’s concerns are validated by research that shows an alarming number of emergency department visits each year due to supplement usage. The New England Journal of Medicineestimated in 2015 that 23,000 ER trips annually were tied to “adverse events related to dietary supplements.”

Nobody wants to end up in the ER for a supplement-related mishap — nor do we want any other unpleasant surprises from taking something that’s supposed to help us. If you’re looking for a little boost for health issues, how do you know which products to take home and which to avoid?

First, suggests Zagone, work with a knowledgeable health practitioner. “There are so many nuances beyond just the accuracy of what’s in the bottle,” she says. “Both for safety and effectiveness, the patient needs someone who knows their case, knows what supplements should not be prescribed specific to their case, knows what products will be effective for that individual, and what doses are needed to be effective.” An experienced medical doctor, naturopath, or dietitian is far more likely than the average consumer to have a handle on which products’ purity, strength, identity, and composition can be trusted.

You can also do a bit of research on your own. Zagone recommends looking for brands with National Science Foundation (NSF) and/or Good Manufacturing Practices (GMP) verification on their packaging. Curious to know more details, like whether a supplement has been through third-party testing? Don’t hesitate to call the manufacturer to ask questions. Far better to spend a few minutes on the phone than a few hours (or worse) in the hospital.

Finally, the FDA keeps a database on its website of product recalls, market withdrawals, and safety alerts. A quick search can tell you whether any warnings have been issued (or other concerns have been raised) about a particular supplement — though obviously, this is primarily helpful in the case of supplements that have been on the market for a while and doesn’t indicate anything, whether good or bad, about new products.

We all want to feel confident that anything we take for our health is safe and effective. With a little bit of thought, you can take steps to protect yourself and ensure that your dietary supplements offer help, not harm.

Do you take dietary supplements? Join the conversation by mentioning us on Twitter at @BritandCo.

Sarah Garone
Sarah Garone is a mom, wife, nutritionist, and freelance writer in Mesa, AZ. She loves music and travel, speaks fluent German, and does a lot of running (to counterbalance the surprising amount of cookies she eats for being a nutritionist). Find her sharing great recipes and helpful nutrition info at A Love Letter to Food.
Diet
Health
Diet Healthy Living Womens Health
More From Health