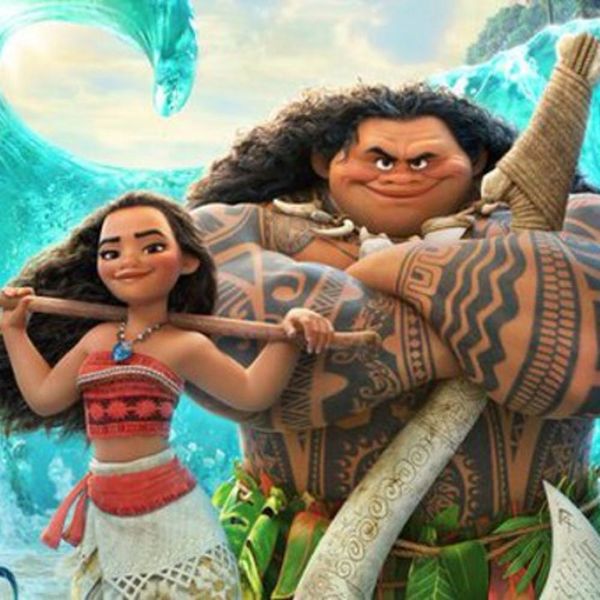 If you’re looking for a Halloween costume that will totally slay this year, we have you covered. We can show you cheap costumes for under $10, funny sexy costumes (yep, funny AND sexy), not to mention runway-worthy Halloween costumes if you’re up for it. What you DON’T want to wear is something totally, unnecessarily offensive. That’s why some folks are calling out Disney for their new Moana Halloween costume, saying it’s completely racist.

While most trick-or-treaters and those attending parties these days know that cultural appropriation is so not cool and cultures are not costumes, every year we still (unfortunately) hear about icky cases of everything from blackface to “Indian Princesses.”

Many people are Rightfully upset about this new piece of #Moana merch. Cultures are NOT costumes. pic.twitter.com/J4R5W9ZLsy

While, in this case, Disney was obviously just trying to create a costume looking like one of their newest characters, Maui, they ignored the fact that they came up with something very wrong. Some are obviously bothered by the “allover Maui body tattoo screen art” (these particular tattoos belonging to Polynesian culture), while others are offended by the darkened skin-tone of the suit.

As a Poly I support our folk involved in #MOANA. But this? NO.Our Brown Skin/Ink's NOT a costume. @DisneyMoana pic.twitter.com/X0pacppAqV

Apparently you can Buy Our People's Cultural Tattoos now. Smh. I'm outraged @Disney for their this. Ppl of Pacific were hyped on Moana but pic.twitter.com/5enbHo95ky

cosplaying things like moana is one thing – cosplay shouldn't be limited to what ur race is. but literally wearing a brown skin costume? no

Perhaps Disney should rethink this one.

What do you think about Disney’s Moana costume? Tweet us @BritandCo!

Desiree O
Desirée O is a ‘Professional Bohemian’ who loves anything and everything related to the arts, entertainment, and pop culture. She ADORES being a ‘Newsy’ for Brit + Co, covering all of the latest tidbits of awesomeness that you want to read about. When she’s not writing, she’s either making messy art, going on long adventurous walks with her camera, or poking around over at bohemianizm (http://www.bohemianizm.com/). You can find out about Desirée O and her work at http://DesireeO.com/ or follow her on Twitter @DesireeO.
Disney Halloween Costumes
Pop Culture
Disney Halloween Costumes Halloween
More From Pop Culture