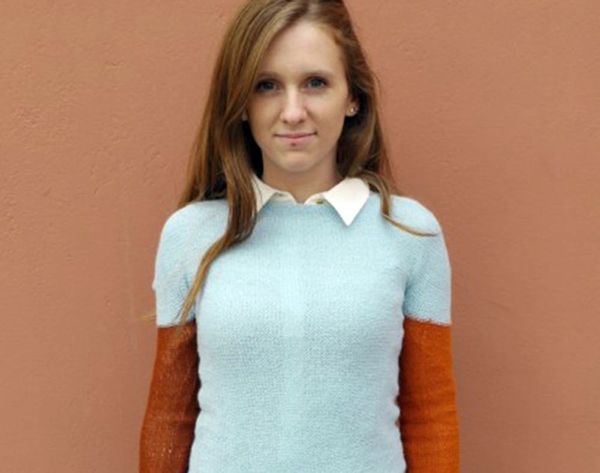 Maybe you’ve gotten the memo/PDF/text by now, but here at Brit + Co, we’re all about anything that really spells out DIY and today we’re cozying up to a new movement in making: “Do Knit Yourself.”

The DKY movement is simple enough: Have knitting machine, download digital patterns, make your own clothing. At least that’s how Barcelona-based Gerard Rubio plans to flip fashion production from mass fabricated goods made in questionable labor conditions, to bespoke clothing tailored for you from home.

To live out his dreams of digital fabrication, he used the OpenKnit Knitting Machine, an open-source clothing printer that costs around $750. It works like a loom operated with open hardware Knitic. Input the garment’s deets (height, sleeve width etc) into Knitic and it becomes the sewing machine’s “brain,” controlling the needles and thread in real time so you can make changes as you go.

Watch Gerard’s video “Made in the Neighbourhood” below to see how he employed OpenKnit to create his Winter 2014 collection — then used it to re-dress mannequins in stores like Zara and H&M.

Crazy cool, huh? Besides being a tagline that makes us warm and fuzzy like a digitally-spun sweater should, Do Knit Yourself is also the name of the open-source clothing platform where you can download the digital files of Gerard’s creations. The site welcomes you to the “biggest wardrobe in the universe” although its shelves are currently only stocked with his four items. Knitters can help fulfill that destiny by creating their own digital patterns using Knitic and uploading them through the WordPress-run site to share clothing designs across the globe for free.

We have been following the 3D clothing printer concept closely, and when the guys behind Electroloom visited Brit HQ, they detailed their digital fabrication future including a similar online community. The beauty of 3D printing clothes isn’t just custom fit, it’s also that Joe in Omaha can upload a dress design on to a social network of creations, and Juliette can log on and print out his idea to wear in Paris. While Electroloom’s vision may be sewing machine-free, Do Knit Yourself is a solid model to follow to see if the world is ready to join in. DKY-ing is a much closer reality than printing clothing in your casa is right now, but both signal serious change for local and global fashion. And what it means to make at home.

Would you try Do Knit Yourself? Do you have a knit to upload? Get on it!