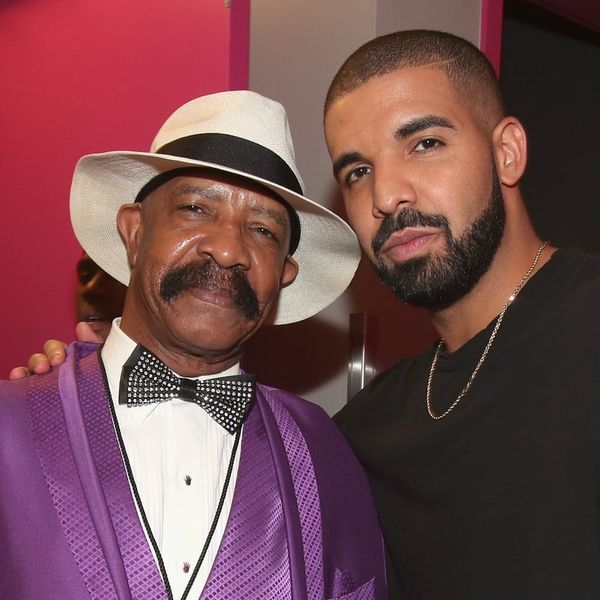 There’s nothing that speaks of a father’s unending love for his son than… to permanently ink your child’s face into your skin — which is exactly what Drake’s father did over the weekend.

Dennis Graham gets a tattoo of his son Drake https://t.co/RRxRvqYmKj pic.twitter.com/qckfDAEmPy

The rapper’s father, Dennis Graham, visited tattoo artist Michael “Money Mike” Bowman of Pomona, California for an ink rendition of Drake’s visage forever imprinted on his body. The artist posted a photo of the piece on his Tumblr page, and wrote, “Had the honor and privilege of tattooing @champagnepapi fathers portrait on the man himself @therealdennisg thank you again Dennis for the hospitality and for letting me do this for ya. CHUUUCH!” The piece covers much of Graham’s upper arm and features Drake with his head turned, looking off into the distance.

As it turns out, while the new piece is certainly an act of love, it’s a reciprocated one. Drake had a picture of his father tattooed first!

@dr_woo_ssc mini portrait of my father

According to TMZ, Drake’s pops met Bowman at his birthday party and told him he wanted to get something to match Drake’s 2014 arm tattoo of his father’s mugshot. Drake has several other portrait tattoos, including one of Aaliyah and Lil’ Wayne.

What do you think of Dennis Graham’s Drake tattoo? Tell us @BritandCo!

Shea Lignitz
Shea can be found in the nearest bookstore or brewery, exploring the great outdoors, or blasting Led Zeppelin. She grew up in the cold and rain of Northern California's redwoods but is currently wandering around Texas.
love
Makeup
love Tattoos