Duchess Kate Middleton Is in Labor With Royal Baby #3! 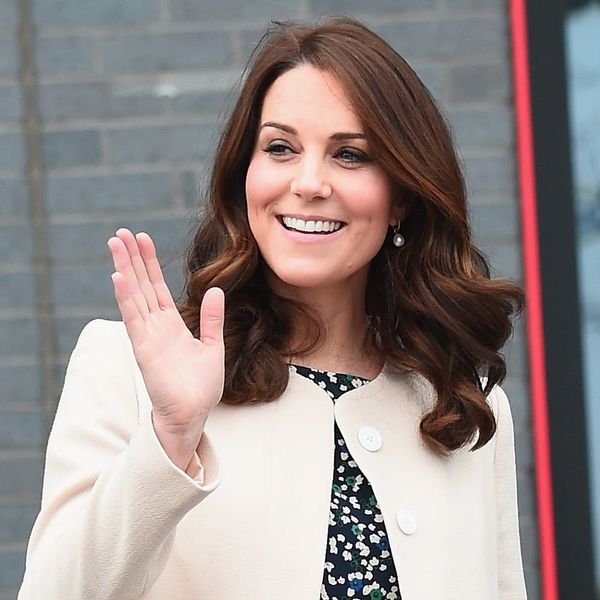 Today’s the day! After months of anticipation, another royal baby is on the way. Duchess Kate Middleton was admitted to St. Mary’s Hospital in Paddington, London, this morning, “in the early stages of labor,” Kensington Palace shared via Twitter on Monday, April 23.

“The Duchess traveled by car from Kensington Palace to the Lindo Wing at St. Mary’s Hospital with The Duke of Cambridge,” the Palace tweeted. According to People, she was admitted before 6am local time.

Her Royal Highness The Duchess of Cambridge was admitted to St. Mary’s Hospital, Paddington, London earlier this morning in the early stages of labour.

The Duchess travelled by car from Kensington Palace to the Lindo Wing at St. Mary’s Hospital with The Duke of Cambridge.

The Lindo Wing, of course, is where the Duchess gave birth to her first two children, Prince George and Princess Charlotte. Both times, she and Prince William debuted their newborn outside the hospital for a photo op. They’re expected to do the same this time around, so stay tuned — we’ll be covering every minute of royal baby mania today.

Prince William and Duchess Kate announced her pregnancy back in September. At the time, she was suffering from hyperemesis gravidarum, an extreme form of morning sickness that also plagued her during her two previous pregnancies. She was forced to cancel a couple of engagements early on but kept busy throughout the rest of her pregnancy, even making a couple of joint appearances with Prince William, Prince Harry, and Prince Harry’s fiancée, Meghan Markle.

The new baby will be fifth in line to the throne, behind Prince Charles, Prince William, Prince George, and Princess Charlotte. Prince Harry, the baby’s uncle, will be bumped to sixth in line.

Are you excited for the new royal baby? Tell us @BritandCo!