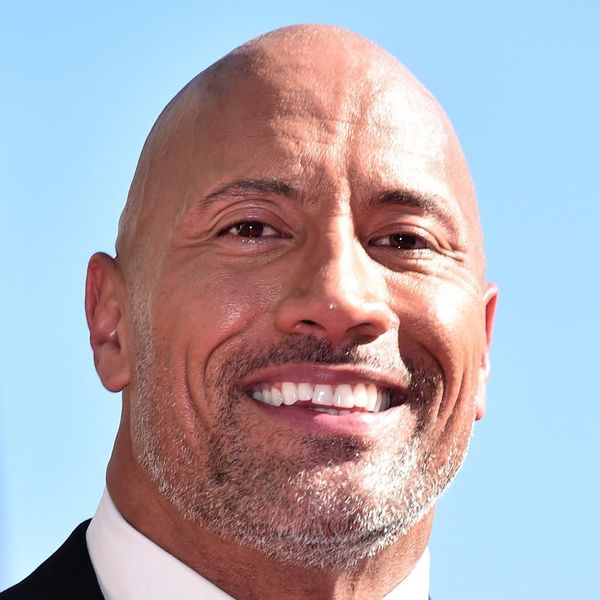 The Golden Globes red carpet won’t take place until January 7, but already, it’s causing quite the hullabaloo. Rumors have been running rampant that many actresses will be donning black as a show of solidarity against the sexual assault and harassment allegations that have plagued the film industry in recent months, causing many a heated discussion. Now, stylist Ilaria Urbanati has chimed in on the matter, saying that it won’t be only ladies taking part in the protest.

The fashion guru who counts Dwayne Johnson, Tom Hiddleston, and Garrett Hedlund among her clients (to name a few), took to social media to say that the women wouldn’t be alone in their efforts.

Posting a headline of the original story, she wrote, “Because everyone keeps asking me… YES, the men WILL be standing in solidarity with women on this wearing all black movement to protest against gender inequality at this year’s Golden Globes.”

Because everyone keeps asking me... YES, the men WILL be standing in solidarity with women on this wearing-all-black movement to protest against gender inequality at this year’s Golden Globes. At least ALL MY GUYS will be. Safe to say this may not be the right time to choose to be the odd man out here... just sayin...

She also gave us a clue as to WHICH men would be doing so, adding, “At least ALL MY GUYS will be. Safe to say this may not be the right time to choose to be the odd man out here… Just sayin.’”

Johnson, 45, took to the comments section to confirm that he would be among those listed, saying, “Yes we will.”

The movement has been criticized by actress and artist Rose McGowan, who took to Twitter to share her distaste of what she referred to as a silent protest with a now-deleted Tweet, saying, ““Actresses, like Meryl Streep, who happily worked for [Weinstein], are wearing black @GoldenGlobes in silent protest. YOUR SILENCE is THE problem,” she wrote. “You’ll accept a fake award and breathlessly [and] affect no real change. I despise your hypocrisy.”

While Streep has not publicly confirmed whether or not she will be among those participating, telling Extra TV , “I don’t know. I’m not talking. You gotta’ tune in!,” she has since responded to the criticism with a statement, saying that she wasn’t deliberately silent, and that she didn’t know about her former employer’s indiscretions. “I am truly sorry she sees me as an adversary,” she wrote, “because we are both, together with all the women in our business, standing in defiance of the same implacable foe: a status quo that wants so badly to return to the bad old days, the old ways where women were used, abused, and refused entry into the decision-making, top levels of the industry. That’s where the cover-ups convene. Those rooms must be disinfected, and integrated, before anything even begins to change.”

What do you think of the fact that men will be participating in the protest? Share with us over @BritandCo.

Nicole Briese
Nicole is the weekend editor for Brit + Co who loves bringing you all the latest buzz. When she's not busy typing away into the wee hours, you can usually find her canoodling with her fur babies, rooting around in a bookstore, or rocking out at a concert of some sort (Guns N' Roses forever!). Check out all her latest musings and past work at nicolebjean.com.
Celebrities
Style News
Celebrities Controversy Golden Globes Red Carpet