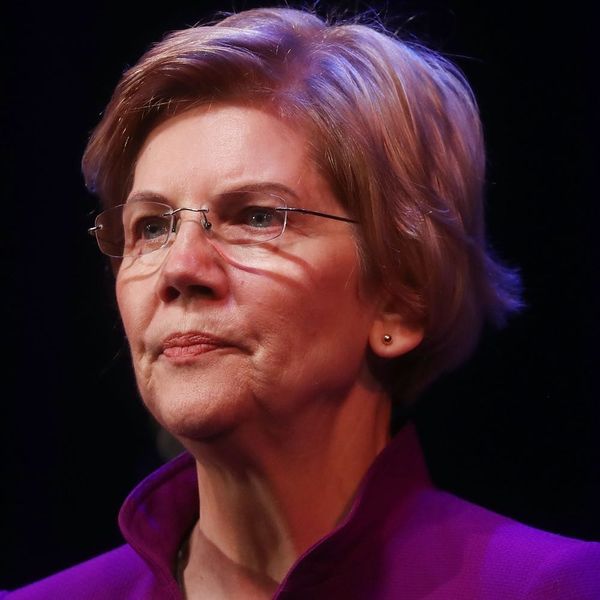 Now that she’s officially in the running for the Democratic presidential nomination, Senator Elizabeth Warren is slowly rolling out platform ideas, including changing how we view child care in this country. Warren’s plan for working women, the Universal Child Care and Early Learning Act, would create a national network of affordable and accessible child care in order to help women lift themselves out of poverty, climb the corporate ladder, and even further their educations.

“I remember how hard it was to find affordable and high-quality child care when I was a working mom with two little ones,” Warren explains in a Medium post outlining her plan. She recalls a story from earlier in her life, when she was a single mom trying to support her children. Warren’s babysitter suddenly quit, and the now-senator couldn’t find a viable solution to caring for her children while she continued to earn a living. Upset and overwhelmed, she phoned her Aunt Bee, who, 48 hours later, arrived with her luggage and small dog, and moved into Warren’s home to care for her children while she pursued her career as a law professor in Houston.

“Finding affordable and high-quality child care has gotten even harder since my children were growing up  —  and not everyone is lucky enough to have an Aunt Bee of their own,” she continues. “Today, in more than half the states in the country, a year of child care costs more than a year of in-state college tuition. We’re placing a huge financial burden on working families looking to find a safe and nurturing place for their kids.”

The ongoing cost of private child care has created a financial crisis for many families across the country. In fact, one study notes that between 2000 and 2010 alone, the cost of having children jumped nearly 40 percent. By 2015, the average two-child, middle-income, married couple could expect to spend $233,610 per child from birth through the age of 17.

It’s child care costs that are, in particular, keeping women from having more children. In a 2018 survey published in the New York Times, 64 percent of respondents said that they were having fewer children than they considered their “ideal” number because of the cost of child care. Combine that cost with the gender pay gap — and its direct correlation to motherhood — and women continue to opt out of either work or parenthood.

Warren’s plan would inject funding into local child care providers, preschool centers, and in-home child care options across the country, but those funded would need to adhere to a national standard. Any family making 200 percent or below the national poverty line would be able to access these centers for free, with other families paying no more than seven percent of their annual income.

Though costly, Warren’s plan seems likelier than ever to gain support in Congress. With a doubling of young moms in Congress after the midterm elections last year, the federal legislature is better positioned than ever to recognize the need to change policy for working moms in the US. And studies show that when women are in power, they create more bills, pass more laws, and send more money directly to their communities.

“My plan gives every kid a fair shot,” Warren explains. “And the economy gets a huge boost.” And she very well might be right: A review of 20 years of data from the Canadian province of Quebec (where there is a similar childcare subsidy in place) shows that the scheme can more than pay for itself. Working mothers have added so much to the Quebec economy that the program has a zero dollar cost to taxpayers, in balance.