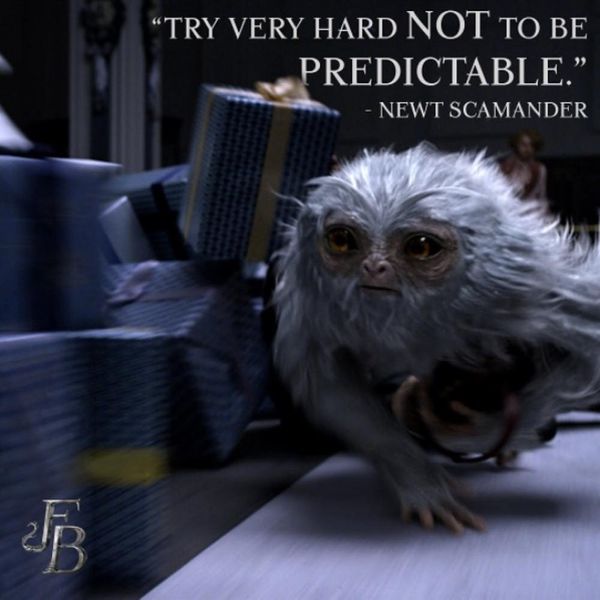 JK Rowling certainly hasn’t been shy about sharing huge hints around the Fantastic Beasts sequel, and we can’t get enough. Fans are still debating the addition of Johnny Depp as Grindewald and Jude Law as a young Dumbledore, but the folks behind the scenes have just revealed additional details about the sequel’s story that are beyond epic.

Warner Bros. is getting down to business when it comes to the Fantastic Beasts sequel. Principal photography has started (meaning we’ll get a peek at the cast soon enough), and now there’s news about the story, starting with Newt himself.

The star of the original Fantastic Beasts, Newt Scamander, remains the focus of the sequel, but this time around he’s apparently teaming up with Albus Dumbledore to fight Gellert Grindelwald. Eddie Redmayne and Jude Law vs. Johnny Depp? Epic!

Beyond that, we know that the story will pick up a few months after the first film with the villain Grindelwald on the loose and, according to Warner Bros. (via EW), he’s “gathering more followers to his cause — elevating wizards above all non-magical beings. The only one who might be able to stop him is the wizard he once called his dearest friend, Albus Dumbledore.”

But it’s not as simple as that. “Dumbledore will need help from the wizard who had thwarted Grindelwald once before, his former student Newt Scamander. The adventure reunites Newt with Tina (Katherine Waterston), Queenie (Alison Sudol), and Jacob (Dan Fogler), but his mission will also test their loyalties as they face new perils in an increasingly dangerous and divided wizarding world.” Oh yeah!

"Demiguises are fundamentally peaceful, but they can give a nasty nip if provoked." - Newt #Demiguise #FantasticBeasts

Zoë Kravitz will show up as Newt’s love interest, Leta Lestrange, and Ezra Miller will appear as Credence, “whose fate was unknown at the end of the first film” and who “makes a mysterious return.” More mystery. More magic. More fun!

The wizarding battle will spark once again when the Fantastic Beasts and Where to Find Them sequel hits theaters on November 16, 2018.

What are you hoping to see in the Fantastic Beasts sequel? Let us know @BritandCo!