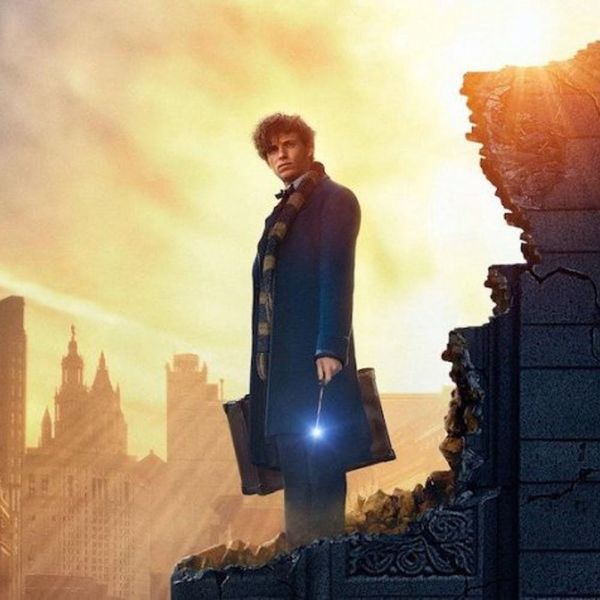 Being whisked back into the wizarding world with Fantastic Beasts has made us giddier than a kid who’s just received their Hogwart’s acceptance letter. And though we now know the story will span 19 years and lead to the rise of Voldemort, there are still plenty of other questions we have about Newt and his gaggle of wondrous creatures and magical friends. Lucky for us, J.K. Rowling was feeling generous earlier today and gave us two major hints about Fantastic Beasts 2.

Though we’re still enjoying the idyllic aftermath of witnessing the beginning of this new magical chapter of the wizarding world, others are eager to keep the story going and find out what happens next. When a fan asked if Newt was still the main character in the second film, J.K.’s answer was simple and definitive…

This is totally exciting news for anyone (which was pretty much everyone) who was charmed by the delightfully bumbling Newt Scamander (played by Eddie Redmayne, of course).

But there was even more exciting news from the wizard creator herself, when Rowling was asked about Leta Lestrange and when we’d finally get to meet her…

Woo! Eee! Yay! For those who don’t know, Leta is (or was) Newt’s school crush back in the UK. Though she failed to appear in the first movie (except for pics), her character was definitely made known. That’s why it’s so awesome to find out that we won’t have to wait long to see her in action.

What makes it even more amazing is that Zoë Kravitz will be stepping into the role, even showing up to walk the red carpet for the first movie a couple of weeks back in a stunning web-like gown and her white-blonde hair pulled back into a perfect low bun.

“Leta Lestrange comes into the second movie,” director David Yates confirmed to Cinema Blend, adding, “She’s quite complicated and damaged and confused, and Newt is absolutely still in love with her, so she has a kind of power over him, and she, yeah, she’s a kind of tragic figure, so we will see a bit more of her in the second movie.” We can’t wait!

Are you excited for Fantastic Beasts 2? Tweet us @BritandCo!

Desiree O
Desirée O is a ‘Professional Bohemian’ who loves anything and everything related to the arts, entertainment, and pop culture. She ADORES being a ‘Newsy’ for Brit + Co, covering all of the latest tidbits of awesomeness that you want to read about. When she’s not writing, she’s either making messy art, going on long adventurous walks with her camera, or poking around over at bohemianizm (http://www.bohemianizm.com/). You can find out about Desirée O and her work at http://DesireeO.com/ or follow her on Twitter @DesireeO.
Harry Potter
Movies
Harry Potter