5 Healthy Exotic Fruits to Spice Up Your Summer 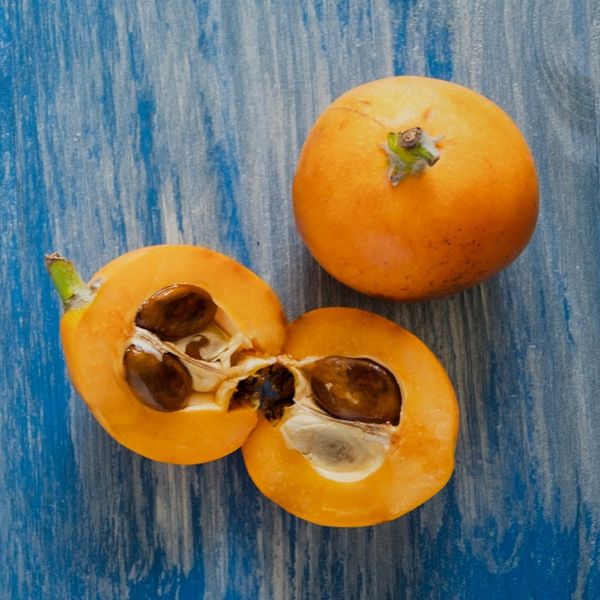 When you say “summer fruit,” the first things we think of are watermelon kegs and strawberry shortcake — and though those seasonal staples will surely stay on the menu, we figured we’d introduce some new options to our rotation this year. Summer is the most abundant time for fruit, and the range of climates within the US allows for all sorts of delicious varieties to grow within our borders (have you heard about jackfruit yet?), so we want to make sure we’re taking full advantage. Read on for five favorite-in-waiting fruits that will make you want to rewrite your grocery list.

1. Loquat: Loquats are kind of like puppy yoga or sushi burritos — they take things we already like and put them together. The fruit tastes like a combo of plums, pineapples, and apricots (yes, please!), and it is primarily grown in California, Hawaii, and Florida. (Remember: To be more environmentally friendly, buy as locally as possible.) Loquats are a good source of fiber, potassium, and calcium and are thought to help alleviate digestive and respiratory problems. Enjoy them in jams, sorbets, and cobblers, but when you pick one up, you’d better hurry — they only stay fresh for about 10 hours.

2. Casaba Melon: If you’re in the cantaloupe fan club, check out the casaba melon, which grows in the southwestern United States. The casaba has a bright yellow rind marked by deep ridges, and its mild, sweet flavor has been likened to that of a cucumber. This melon is an excellent source of vitamins K and C, and it makes a great upgrade for its cousins cantaloupe and honeydew in fruit salads and beverages. Pick the optimal melon by finding one that feels heavy for its size and has a firm rind.

3. Lychee: Get your hands dirty this summer with some lychee, which must be pierced with one’s fingernail, then peeled and squeezed. Grown in China for over two millennia, the fruit has percolated into parts of the US — including Texas, California, Hawaii, and Arizona, though it has also been grown successfully elsewhere. Lychee can be beneficial for inflammation, heart health, and more. The flesh of the fruit is white-colored and gelatinous, so it works well in beverages & jams and as a topping for salads, pancakes, or waffles.

4. Sapodilla: Move over, Barq’s, because you’ve got an au naturel competitor — and it’s not sassafras. The brown flesh of the sapodilla tastes of brown sugar and root beer, so it’s most often enjoyed featured in desserts, such as milkshakes, cakes, and pudding. Sapodilla is chock-full of vitamin C and fiber, and you’ll know it’s ripe when the brown skin of the fruit “gives” under light pressure. Because it must be grown in tropical environments, Floridians and Hawaiians are the only Americans who can truly claim it as local.

5. Loganberry: Why choose between blackberries and raspberries? A fusion of the two popular fruits, loganberries were first grown in the late 1800s by a judge from Santa Cruz, CA, but they can be grown across the country. Loganberries can be eaten fresh as a source of fiber and vitamin C, but they are also frequently enjoyed in cakes or coulis. Unsurprisingly, they look similar to blackberries and raspberries, so be attentive when you’re searching for them at the supermarket.

Tweet us which of these fruits you’re going to try first @BritandCo!

Annamarie Higley
Annamarie is a Californian who's been plopped in the middle of Missouri for her undergraduate studies in magazine journalism. She's a hiker, an eater, a lover of words. In her opinion, nothing beats a well-made breakfast sammy or a well-crafted sentence.
Diet
Health
Diet Food Trends Foodie Healthy Living