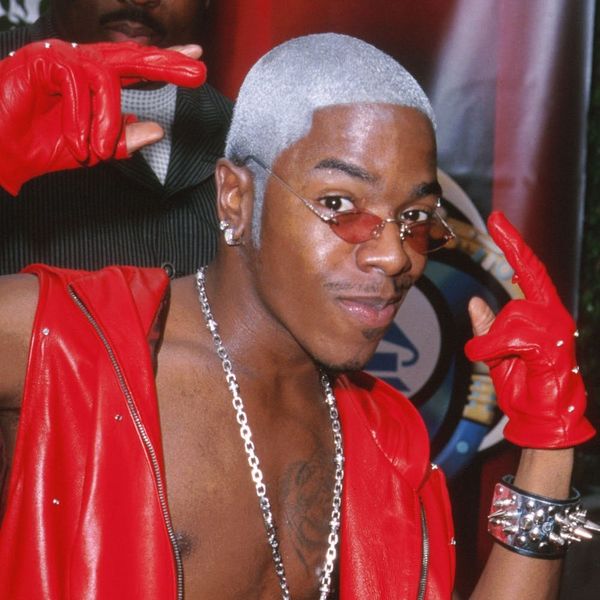 If you think Tiffany Trump’s empty seat sitch was the most cringe-worthy moment of this year’s New York Fashion Week, then think again. That title goes to… drumroll, please… FAKE SISQÓ. Yep, we’re talking about the 1999 hitmaker, only, the awkward part is, we’re not really talking about him at all.

First things first, for those who need a refresher, Sisqó is the singer who brought the world the “Thong Song.” All about underwear and gals with “dumps like a truck,” it’s a tune that has pretty much been relegated to the one-hit-wonder archives, popping up at the occasional party only to be greeted with a nostalgic-loving squeal from the crowd.

Lately, we haven’t heard much from the man behind the hit. That is, until he apparently showed up at this year’s New York Fashion Week. Popping up at Kanye West’s event and nabbing front row seats at both the Phillip Plein and Vivienne Tam shows, he even posed with the latter designer backstage .

The only problem? That’s not actually Sisqó.

“I never said I was Sisqó,” the man who was revealed to be Gavin Barnes told Page Six. “People thought I was him, and that wasn’t cool.” That’s totally fair: He actually doesn’t really look THAT much like the singer (does he?!). The main question here is how this even happened in the first place. Though he happily took the seats he was given when presumed to be the singer, he apparently never *technically* said that’s who he was. It’s a real chicken-or-egg sitch we have going on!

Either way, it looks like he made the best of a strange situation and enjoyed himself. And as for the real Sisqó? He’s on tour in Vegas, so it doesn’t sound like he’s doing too bad either.

What do you think about the NYFW Sisqó sitch? Let us know @BritandCo!

Desiree O
Desirée O is a ‘Professional Bohemian’ who loves anything and everything related to the arts, entertainment, and pop culture. She ADORES being a ‘Newsy’ for Brit + Co, covering all of the latest tidbits of awesomeness that you want to read about. When she’s not writing, she’s either making messy art, going on long adventurous walks with her camera, or poking around over at bohemianizm (http://www.bohemianizm.com/). You can find out about Desirée O and her work at http://DesireeO.com/ or follow her on Twitter @DesireeO.
NYFW
Entertainment
NYFW