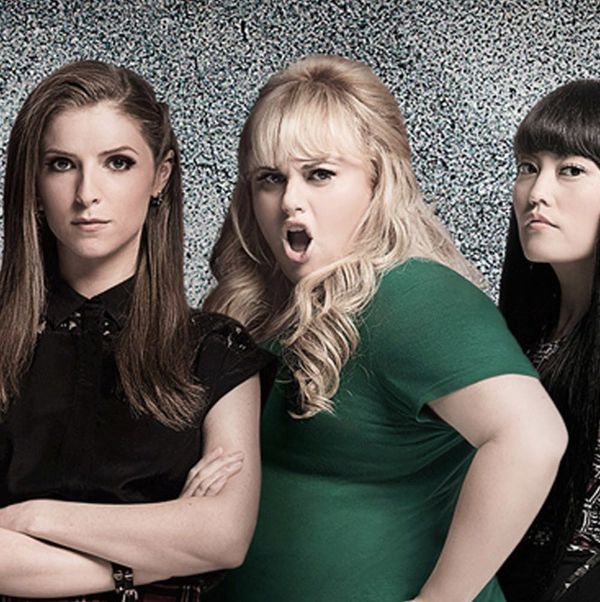 Hollywood often falls into the trap of portraying plus-sized characters as a source of comedy, reinforcing the thinking that fat men and women, like myself, use humor as a way to hide their lack of confidence. And while humor can often be used to deflect difficult emotions, whether they be from a place of low self-esteem or embarrassment, depicting plus-sized characters in this regard presents viewers with the wrong view on those who don’t fit into the “thin ideal” where being of average weight equals better life quality.

Many have fought hard to change this over the years to astounding success. These many efforts helped to create one character that shows viewers how confidence is attainable at any weight. She’s the queen of mermaid dancing, queen of comedy, and queen of a cappella — that’s right, she’s Fat Amy.

Since Pitch Perfect premiered in 2012, Fat Amy, one of the film’s leading women, has served as one of my plus-sized heroes. Played by Rebel Wilson, Fat Amy never allows her weight to prevent her from chasing her dreams and pursuing her passions. Though she certainly is the movie’s leading comedic character, her humor is not derived from a place of insecurity, but rather, from a place of complete confidence in who she is.

For teenagers much like myself when the first film of the Pitch Perfect franchise hit theatres, representation onscreen can mean everything. According to the National Eating Disorders Association, research shows that images in the media have a direct correlation on body dissatisfaction, particularly on young adults. If Fat Amy were to be written as a character who views her weight negatively and believes her size is a roadblock to happiness, Pitch Perfect could have, potentially, had a negative effect on its younger viewers, who are the film’s target audience. Yet, obviously, this is not the case.

From the very start, Fat Amy exuberates confidence. She literally calls herself “Fat Amy” as if to prevent skinnier women from calling her fat behind her back. This alone takes much confidence and comfortability with one’s self. By doing this, she also destigmatizes the word “fat.” Often times, we view “fat” as a negative term, meaning that those who fall under the category of “overweight” or “obese” have this serious issue attached to them. By calling herself Fat Amy, not only is she stopping others from making this derogatory association, but she is also removing the idea that fat is bad, because, let’s be honest, there’s nothing bad or wrong about Fat Amy.

The sad truth is that there are not many plus-sized performers making it big nowadays. As a plus-sized dancer myself, I longed for many years to find a role model in the industry that looked just like me. For many years, that wish never came true. Fat Amy defied all odds, however. She shows that weight is not a factor when it comes to being an excellent performer, whether that be a dancer, singer, or simply a girl swinging hundreds of feet in the air swaddled in a silk sheet belting Miley Cyrus’ “Wrecking Ball.”

When Pitch Perfect was released for purchase, I watched the film night after night for upwards of a month. My eyes glued to the screen, I couldn’t get enough of Fat Amy in her extravagant, hilarious glory. Although she certainly has the best catchphrases and jokes in the film, what I was instantly attracted to was her confidence; a confidence I lacked. Although, at the time, I had been performing for many years, I had no confidence in myself. I was not comfortable with who I was or with my body, and although being on stage was my dream, performing in front of a crowd seemed like an impossible task. I saw the looks from others in my dance classes; I saw the looks from their parents waiting to pick them up after; I heard the condescending tone from casting directors—yes, I’m fat.

Fat Amy changed that all, however. She showed me that being fat has no impact on how amazing you are onstage. I didn’t binge-watch Pitch Perfect because it was funny or because the music was great (which are both valid reasons to watch), but because I wanted to be Fat Amy; I wanted to be as proud and loud as she is.

Fat Amy is more than a source of comedic excellence. She is a character crafted with an esteemed sense of pride in who she is. The number on the scale or size of her clothes doesn’t stop her from doing what she loves, and now, it never stops me. Fat Amy gave and continues to give me the confidence, support, and motivation I need to push through the dirty looks and negative thinking and to show that I’m a great performer, no matter how much I weight. Fat Amy has the fastest heart out there, and with her guidance, I know I can crush it on stage just like she has, time and time again.