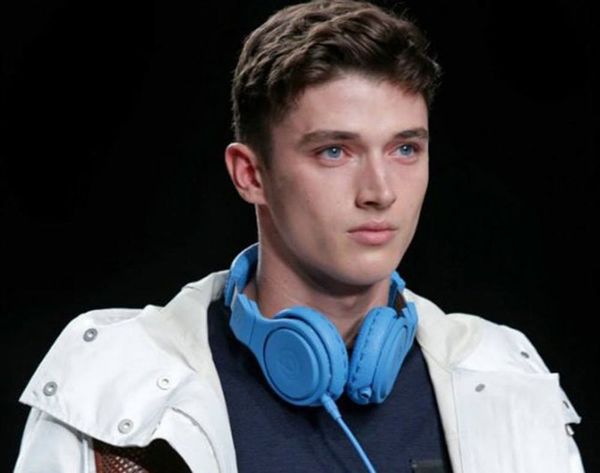 Paris. London. Milan. Silicon Valley? It seems like the home where the startups roam is becoming the latest source of inspiration for some of fashion’s most major players, which means the runways are starting to get techy. First, Diane von Furstenberg outfitted her models in haute (or not) Google Glass for her SS13 show, and now Fendi has jumped into the tech-cessories game by sending customized Beats by Dre headphones down the runway on some of its most chiseled male models (oh hey, boys ;). The collaboration that debuted as a part of Fendi’s SS15 men’s collection featured the hip cans outfitted in Fendi’s signature hand-stitched Selleria leather and engraved with the Italian fashion house’s iconic “FF” logo. The couture cups will (in theory) be available to sit pretty around your neck when they’re released by select retailers at the end of this year. But until then, we can swoon at the ear candy/eye candy below.

We’ve been saying for a while now that tech and fashion shouldn’t be mutually exclusive, and it’s stellar to see that top designers share our brain waves. Even if these runway-ready designs are made for A-list wallets, it’s definitely a BIG step toward getting consumers (you + me) convinced that wearable tech is truly worthy of our closets. Imagine the trickle down: Cara Delevigne wears a Chanel-designed GPS-guided blazer down the runway –> Taylor Swift snags one and posts a flawless #ootd on Instagram –> ASOS makes a trendy inspired-by version –> It becomes the star of our brand-new “Tech-cessories We Need Now” Pinboard, maybe next to… the latest pics of the Everpurse x Louis Vuitton collab or the newest Jawbone by Missoni (hey, a gal can dream!). Basically, we’re ready for whatever’s next.

What are your thoughts on designer tech-cessories? Would you save up for luxe versions of your fave tech? Tell us in the comments below.