This 3D Printer Can Make Pastries 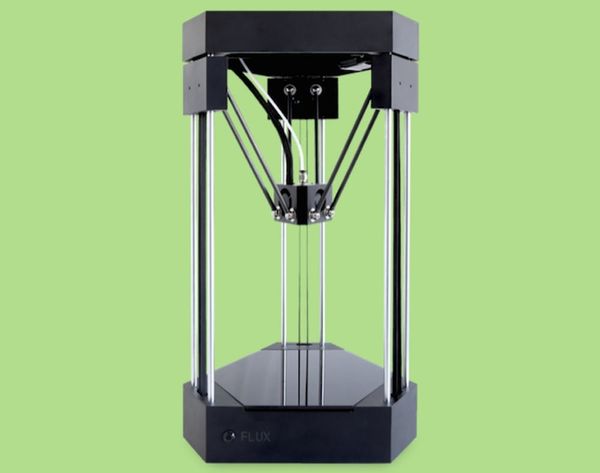 With all these 3D printers coming out and claiming that each is the highest quality, the most innovative and the most affordable, it’s hard to really know which is what it says it is. (Even though we’re pretty sure the one that prints out makeup is the one that rules them all.) But we’ve come across a real contender that may actually be The One. Its called the FLUX All-in-One 3D Printer. And it definitely lives up to its name.

Currently the FLUX has three main interchangeable modules: 3D printing, laser engraving and 3D scanning. All you have to do is attach the module you want to use, wirelessly send over what you want to print via the FLUX app and ta-da!

You can even design your own creations using FLUX Studio, which works like a 3D modeling tool. FLUX Studio is great for all 3D maker levels because the default interface is intuitive and user-friendly for beginners, while the advanced settings are perfect for the pros.

Installation is easy, because the FLUX was built with makers in mind. Setup takes about 20 minutes. Changing modules is even easier because the modules aren’t wired to the printer or tightly screwed in. They’re held up by six magnetic rods that allow simple and efficient interchangeability. That means more making and less installing.

The two modules that every FLUX comes with are for 3D printing and 3D scanning. The 3D printer module prints in high resolution, and its three cooling fans allow your creations to print faster without the printer overheating. The 3D scanner is built into the foundation of the printer and allows you to 3D print an exact replica of anything you scan. The laser engraver is just one of the many additions you can purchase to trick out your FLUX.

Other modules currently in development include a dual extruder, a ceramics extruder and our fave — a pastry extruder. We’ll just be in the corner over here printing out a croissant… or ten.

The company behind this modern marvel, FLUX Technology LLC, has already been funded nine times over their goal. They have far surpassed two of their stretch goals and are very close to reaching the third, which will help fund a new module. Their fourth stretch goal remains a mystery, but considering how well they’re doing on Kickstarter, it seems like it won’t be a mystery for longer. All the early bird pledges are gone, but you can still pledge $600 for a FLUX of your own.

What modules are you hoping to see? Tell us your thoughts about the FLUX in the comments below!

Stephanie Chon
As a spoken word fanatic, Stephanie enjoys journaling about her day using imperfect rhymes. In her free time, she likes to dance, watch random episodes of How I Met Your Mother and play her ukulele.
Kickstarter
Tech
Kickstarter