Finally! A 3D Printer That is More Affordable Than an iPhone 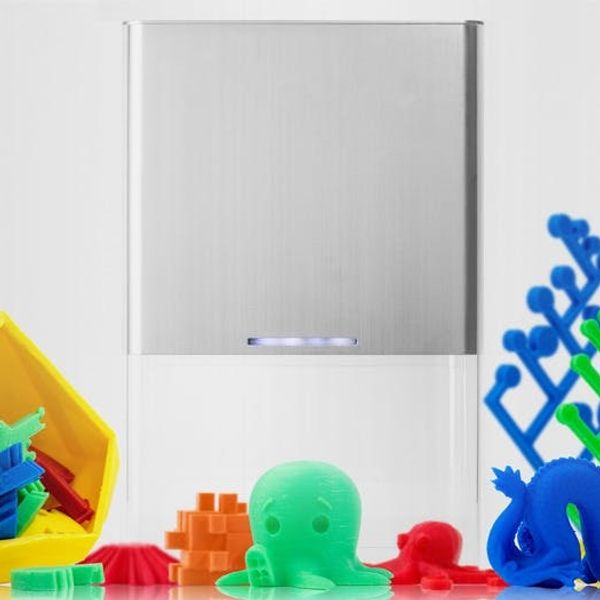 It’s no secret that we’re incredibly excited about the prospects of 3D printing here at Brit HQ. We swoon over the possibility of printing jewelry, toys, desk ornaments, and um, food? But as awesome as the technology is, it’s not exactly affordable to get a 3D printer for personal use. Most will cost you at least $1,000, making it a tool used only for expert makers and designers.

But all of this will soon be changing: a new project over on Kickstarter (where else?!) called The Buccaneer is a 3D printer being offered for just $347. Plus, it has already been successfully funded, meaning it’s a sure thing that these magical machines will be produced in the near future. WIN.

Though the build volume of the Buccaneer is on the smaller end (15 x 10 x 12 cm), it is still far and away the least expensive printer we’ve seen and would make for a nice starter printer for those who want to get their feet wet in the world of 3D. The design is sleek and is meant to be extremely user friendly — it even comes fully assembled, so that you can begin using it right out of the box!

The software is similarly easy-to-use and you can even print from your mobile device via WiFi if that’s your jam. If you don’t feel like designing your own objects, you can simply select from the preloaded Smart Objects and get right to the 3D magic. Choose products like cups, jewelry, toys and more to print right in front of you.

As mentioned, this Kickstarter project has blown right past its goal (over $1,000,000 has been pledged; the original goal was $100,000!). There are still 4 days left in the funding period, so if you want to get in on the action, don’t wait! The printer ships this December, making it a fantastic Christmas or Hannukah gift for those creative souls on your “nice” list.

We’re excited that there is finally some legitimate pricing wars happening in the world of 3D. Hopefully this means that other printers will start lowering theirs costs as well, making 3D DIY and design much more pervasive and affordable. After all, how else are we going to be able to afford to print our own clothes in the future?

How do you feel about the 3D printing tech trend? What questions do you have? Let’s talk in the comments below or over on Twitter.