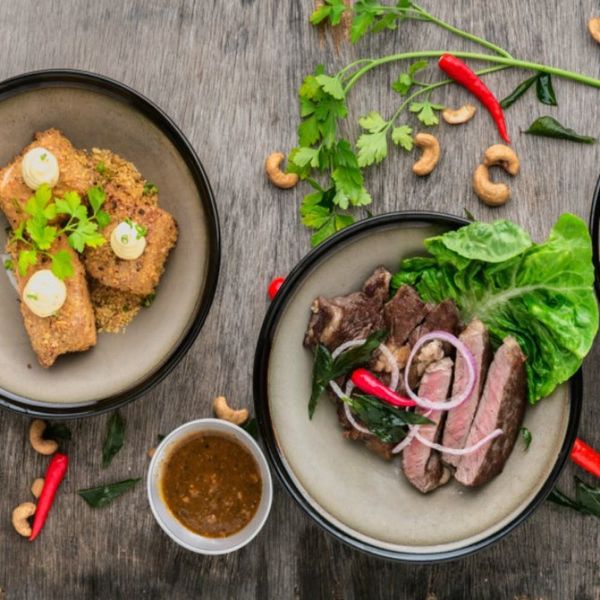 If you’ve ever dreamed about becoming a professional recipe tester before — seriously, who wouldn’t want to be compensated to *gasp* try new recipes — well, I’ve been there and done that. Now, I’m dishing the pros and cons of being a recipe tester for a meal subscription service. Read on for the inside scoop.

Pro 1: No Two Weeks are the Same

It’s so easy to get stuck in a food rut, eating the same meals like clockwork every week. Tacos on Tuesday and pizza every Friday… you get the point. Becoming a recipe tester helped me switch things up. The recipes were simple enough that I could follow along easily but different enough that at times, I felt like I was treating myself. I even discovered a new favorite: a chicken skillet meal that I couldn’t eat enough of.

Pro 2: Dig in to Diverse Flavors

I pride myself on being a decent home cook. I even make an effort to grab a new ingredient each time I go to my local produce shop, but, every once in a while, the recipe I have in mind does NOT translate on the plate. Being a recipe taster gave me an opportunity to try different seasonings and ingredients in a whole new way. Who knew peanut butter, sesame sauce, and spiced olive oil could make such a drool-worthy sauce?! Or that citrus and wasabi form a tasty seasoning for fish?

I know there are endless cooking options, but I rarely step out of my comfort zone to try them. Through testing recipes, I learned that when I’m craving a quick chicken pasta dish, all I need is 20 minutes to boil chicken breasts (really!). Boiling the breasts makes it super easy to shred the chicken into bite-sized strips. And that’s not all. For a burger recipe, I melted a pile of cheese on parchment paper for a couple of minutes and it was life-changing. Do yourself a favor and try it.

I know what you’re thinking: What could possibly be a con of trying new recipes and getting compensated? I’m soooo glad you asked. Keep reading for the cons.

I don’t know if this is true for all meal subscription companies, but the one I tried did not compensate with money. Instead, after testing six recipes in two weeks, I received a gift card to Amazon. Granted, it was $200 dollars to spend on anything I wanted on the site, but still.

Even though I was excited about trying a meal subscription service for the first time, as a recipe tester, I didn’t benefit from the business model: fresh and pre-measured recipes sent to my door. That’s right, I made the recipes the old-fashioned way, going to the grocery store to buy each sauce, seasoning, protein, and vegetable I needed. For one recipe, I couldn’t find brioche buns anywhere even after going to multiple stores. I opted for whole-wheat buns that didn’t have the same effect I’m sure. Shh! I won’t tell if you won’t.

Con 3: Master of the Scale

The handy dandy digital scale, that is. To maintain the integrity of the recipe, I had to weigh each and every ingredient. It wasn’t bad, really, but as you can imagine, weighing pasta was tricky, to say the least. The noodles kept rolling off the small plastic surface onto the counter.

Honestly, I liked every meal. The meals I enjoyed the most were the ones I wouldn’t normally make that felt more like an experience. My favorite part of being a recipe tester was spending time in the kitchen. It reignited a love of cooking for new ingredients, flavors, and recipes. Would I test recipes for another subscription kit? Probably not, but it’s only because I’d rather save my coins to become a subscriber.

Yasmein James
Yasmein James is a food writer living in New Jersey, but her heart’s on the other end of The Lincoln Tunnel. When she isn’t writing, you can find her eating her way to the most authentic ethnic restaurants in her travels. And writing all about it on her lifestyle blog, She’s Facing Freedom.
Kitchen
Food Adulting
Kitchen
The Conversation
More From Food Adulting