White Supremacist vs. White Nationalist: A Quick Explanation of the Key Figures and Groups Flooding Your Newsfeed 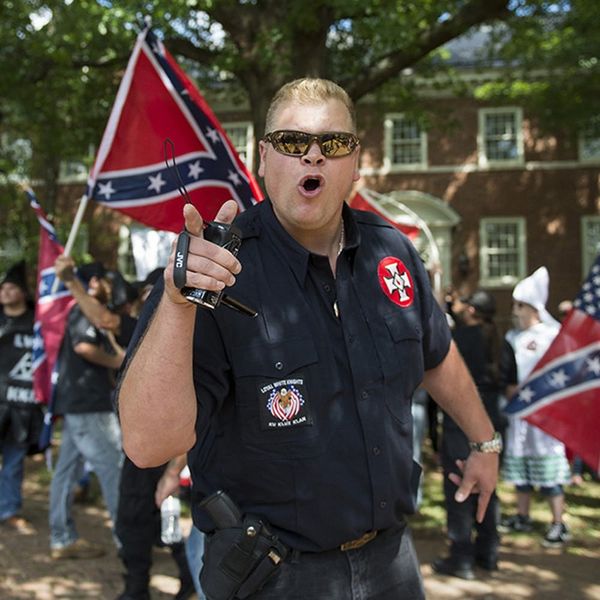 The violence that occurred in Charlottesville happened just over a week ago, but the repercussions of what we saw there will stick with America for a long time to come. The media is more important now than ever before, but navigating the news also involves understanding a slew of terms that are relatively similar or new.

Are a “white nationalist” and “white supremacist” the same? What exactly is the alt-right, anyway? And who is this Christopher Cantwell person everyone can’t stop talking about? In the wake of Charlottesville and the midst of the alt-right popularity, we invite you to refer back to this breakdown of groups and significant figures as you follow the news and (hopefully) fight back against the hateful rhetoric being spread across the country.

Neo-Nazism: Neo-Nazis are people who seek to revive the ideals of Adolf Hitler and the Third Reich. The exact beliefs in this group can vary, but the Southern Poverty Law Center explains, “[The] groups share a hatred for Jews and a love for Adolf Hitler and Nazi Germany. While they also hate other minorities, gays and lesbians and even sometimes Christians, they perceive ‘the Jew’ as their cardinal enemy, and trace social problems to a Jewish conspiracy that supposedly controls governments, financial institutions and the media.”

White Supremacist: The beliefs of white supremacists hinge on the idea that the white race is inherently superior to other races. It’s their belief that civil rights groups have prompted society to favor minority groups and that, in turn, they have become victims. They don’t see it as “fair” that organizations like the NAACP can exist, while any kind of advocacy for the preservation of white culture or white pride is seen as racist and bigoted.

White supremacists share a fear that embracing all heritages and culture will lead to an elimination of the white race. For this reason, they also promote eliminating intermarriage, ending immigration, and encouraging racial segregation.

While technically speaking there’s a slight difference in their priorities, both groups share the same objective: to create an America where the white race is prioritized.

Neo-Nationalism: Neo-Nationalism is a new wave of nationalist ideology that initially rose to popularity about 10 years ago. Neo-Nationalists push for closed borders, an end to globalization, and can typically be tied to xenophobia and nativism. Their agenda is to prioritize their nation over any policies that would benefit people globally (i.e. things like accepting refugees).

While President Trump’s “America first” mantra has emboldened this new wave of nationalism in the US, this is something that is also occurring heavily all over the globe. It can also be seen in places like the UK (a major influence in the Brexit vote) and in much of Europe.

Alt-Right:The Associated Press describes this group’s beliefs as a mix of racism, white nationalism, and populism. The alt-right takes certain elements of conservatism but takes it to an extreme level. Because it is still a relatively vague term, all of the groups described above can be grouped in with this movement. However, that does not necessarily mean they all want exactly the same reforms. It is commonly thought that the term “alt-right” is simply a rebranding of white nationalist ideas.

Alt-Left: This is an even newer term that found its way into mainstream media after Trump used it when discussing who is to blame for the violence in Charlottesville. Trump told the crowd, “What about the ‘alt-left’ that came charging at, as you say, the ‘alt-right?’”

While there are certainly people who espouse far-left beliefs, there has been no formal branding of any groups as “alt-left.” Unlike the alt-right, there are also no defining figures who identify as leaders.

Antifa: Antifa is short for anti-fascists. They are a group predominantly comprised of communists, socialists, and anarchists focused on halting the advancement of white supremacy, but basically, anybody who is anti-fascist is technically antifa. The group is controversial because its political ideals reach further to the left of what liberals stand by, and people who self-identify as antifa have sometimes been violent with opposing groups during protests.

Because they are essentially the polar opposite of the alt-right, some have dubbed this group the “alt-left.” However, it’s important to note that the antifa is not an interconnected organization, but more of an ideology. There is no central leader.

Robert E. Lee: Lee was a Confederate Army general during the Civil War. His name has come up heavily in the media, as the protests in Charlottesville were centered around the city’s proposed plan to remove a statue of him on the University of Virginia’s campus (pictured above). Lee’s praise as a historical hero has been fiercely debated because he was a slaveholder, and led an army in defense of a slave-owning Confederacy.

The Telegraph writes, “Documents show Lee was cruel to his slaves and encouraged his overseers to severely beat slaves captured after trying to escape.” White nationalists, white supremacists, and neo-Nazis came to Charlottesville in attempt to keep the statue from being taken down. They see the removal of the monument as erasing “white history.”

Richard Spencer: Spencer is one of the most prominent personalities in world of the alt-right. He is the president of the National Policy Institute, a white supremacist think tank. He promotes a “peaceful ethnic cleansing” and wants to put a stop to the destruction of “European culture” — even though many of the Europeans he claims to be associated with have rejected him and his beliefs.

Jason Kessler: Kessler was the leading force and organizer behind the “Unite the Right” rally in Charlottesville last weekend. He is a newer figure in the alt-right movement who runs the website Unity & Security for America, which describes itself as “taking an America First approach to defending Western Civilization including its history, culture, principles, and peoples.” This website does not work presently.

After the Charlottesville protests, Kessler planned to give a press conference but was booed away by counter protesters. That moment is pictured above.

Christopher Cantwell: Thanks to the Vice’s viral segment on Charlottesville, Cantwell has also become a well-known member of the white nationalist community, but his time at the top was seemingly short-lived. He was depicted as a leading force in the documentary and during the protests, but just a few days after his name was blasted across the internet, Cantwell posted a teary-eyed video where he is visibly shaken. He explains that he has heard there is a warrant out for his arrest (for the use of illegal gas, and injury by chemical or explosive), and that he was afraid to leave his hotel room.

Are there other current events you’d to like to see broken down by B+C? Drop us a line on Twitter @BritandCo.

Cortney Clift
Cortney is the senior writer and special projects editor at Brit + Co. She typically covers topics related to women's issues, politics, and lifestyle. When she's not buried behind her computer you'll find her exploring New York City or planning her next big adventure.
Current Events
More From Current Events