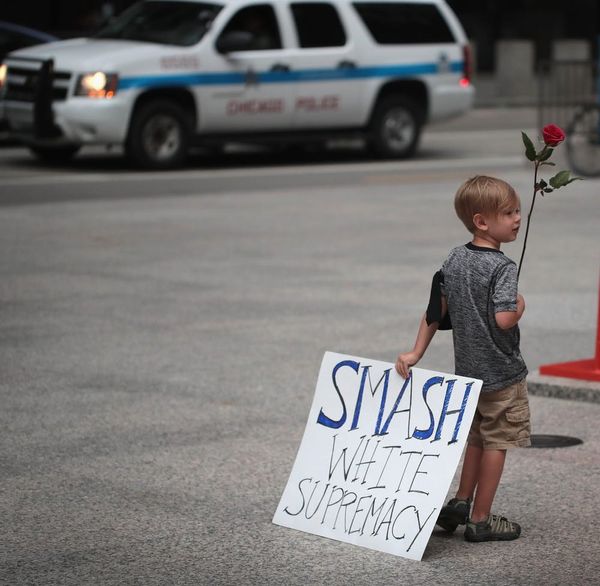 There’s a little less room on the internet for hate groups today. GoDaddy, the world’s biggest domain name provider, is making good on its terms of service agreement by giving white supremacist website The Daily Stormer 24 hours to find themselves another provider before they cancel their account. This, after a ton of Twitter users threatened to cancel their own GoDaddy services if the company didn’t take action in the wake of Charlottesville violence.

Meanwhile, hackers who claim to be associated with the Anonymous hacking collective have taken over The Daily Stormer site, announcing in a statement: “We have taken this site in the name of Heather Heyer, a victim of white supremacist terrorism.”

GoFundMe, Airbnb, and PayPal have also taken steps to ban hate groups from using their services, while the hacking collective Anonymous has launched a social media campaign to take down the websites of groups like The Westboro Baptist Church, neo-Nazis, and the KKK.

GoDaddy’s statement came after alt-right website The Daily Stormer published a vile post attacking Heather Heyer, the 32-year-old woman killed in Charlottesville, Virginia during an anti-racist protest this past weekend. The protesters were there to stand in opposition to a white supremacist “Unite the Right” march that was taking place in the city at the same time. Heyer was killed when a man drove his car into the crowd in what many are calling an act of domestic terrorism.

A spokesperson for GoDaddy said, “Given that [The Daily Stormers’] latest article comes on the immediate heels of a violent act, we believe this type of article could incite additional violence, which violates our terms of service.”

And a domain name isn’t the site’s only technical glitch: Hackers claiming to be aligned with Anonymous have taken over their homepage, posting a message that reads, “We have taken this site in the name of Heather Heyer, a victim of white supremacist terrorism.”

How are you spreading love and stopping hate? Tell us @BritandCo.

Corrina Allen
Corrina Allen is a film + television + travel writer from Toronto. Her journalistic goals include a backstage interview with David Byrne, the fictional character she identifies most closely with is John Wick, and her favorite dead person is Vladimir Nabokov. She never, ever Instagrams photos of her food (just her dog).
Current Events
More From Current Events