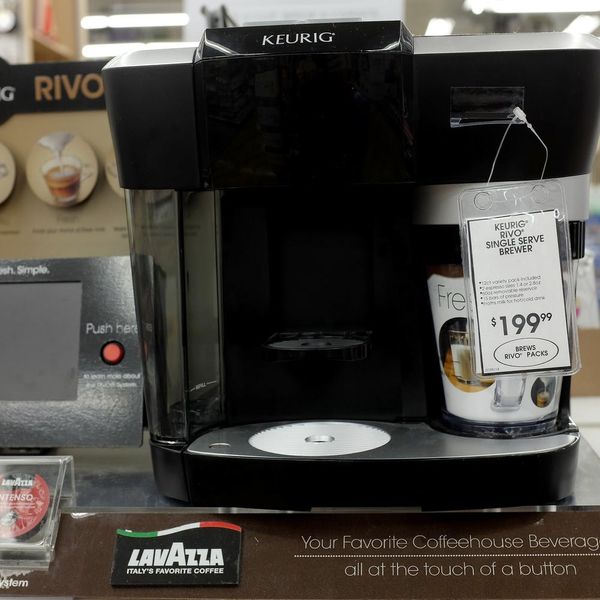 Fox News host Sean Hannity found himself in hot water last week when he defended Alabama Senate candidate Roy Moore after he was accused of having multiple sexual encounters with teen girls — one of whom was 14 at the time of her assault — while he was in his 30s. During an episode of The Hannity Report, the host told viewers to give the candidate, “the benefit of the doubt,” causing a number of companies, including Keurig, to pull their ads from his show.

After Hannity expressed his hope that Moore and others accused of assault were given the benefit of the doubt, Twitter user Angelo Carusone reached out to Keurig, saying, “You are currently sponsoring Sean Hannity’s show. He defends child molester Roy Moore and attacks women who speak out against sexual harassment. Please reconsider.” The coffee maker company did, responding swiftly to the Tweet.

Angelo, thank you for your concern and for bringing this to our attention. We worked with our media partner and FOX news to stop our ad from airing during the Sean Hannity Show.

Along with Keurig, the companies 23 and Me, Eloquii, and Nature’s Bounty have all now pulled their ads from Hannity’s show. But so far, it’s the instant coffee company that’s getting the most ire from fans of Fox News, who are destroying their coffee machines in protest and hashtagging the destruction #boycottKeurig.

Liberals are offended by this video of a Keurig being thrown off of a building.

Please retweet to offend a Liberal.#BoycottKeurigpic.twitter.com/0qbHlmyqcA

I stand with Sean Hannity, he is one of us. He is a deplorable and has always been on the side of the American people.

I will not sit back and allow this political hit job to take place on Hannity. Keurig just destroyed themselves. #BoycottKeurig

Not everyone is joining in on destroying perfectly good (and not inexpensive!) coffee makers, however. Many support Keurig’s choice to pull their ads off Hannity’s show, while others have pointed out how amusing it is that some people are even going so far as to buy new Keurig machines only to smash them.

Liberals are not "triggered" that republicans are smashing their keurigs. We are laughing at you. Keurig doesn't care either, they already got your $$ #BoycottKeurig

I didn't know what Keurig is!

Thank you! For standing against rapist and child molesters!!#RoyMooreChildMolester

Just ordered 15 Keurigs one for every state that is suing the Trump administration. Shipping all of them to homeless shelters. #boycottkeurigِ

This whole #BoycottKeurig thing is honestly really entertaining
Please, keep smashing your expensive coffee machines. That totally hurts the company from which you have previously bought a product. Please buy more keurig coffee machines and smash 'em so I can have a good laugh.

This isn’t the first time *this year* that advertisers have pulled out of Hannity’s show. Just three months ago, Media Matters called for a boycott of the show — which led to Cadillac and E-Trade pulling their ads — after Hannity’s response to the protests in Charlottesville, where he turned the white supremacists acts into a diatribe against those who would, “bludgeon the president and conservatives politically.”

Initially, company Realtor.com had pulled their ads from Hannity’s show as well, but have since backtracked on their statement. The website’s parent company is owned by Rupert Murdoch — the head of Fox News and it’s subsidiaries.

What do you think about #BoycottKeurig? Tell us @BritandCo!