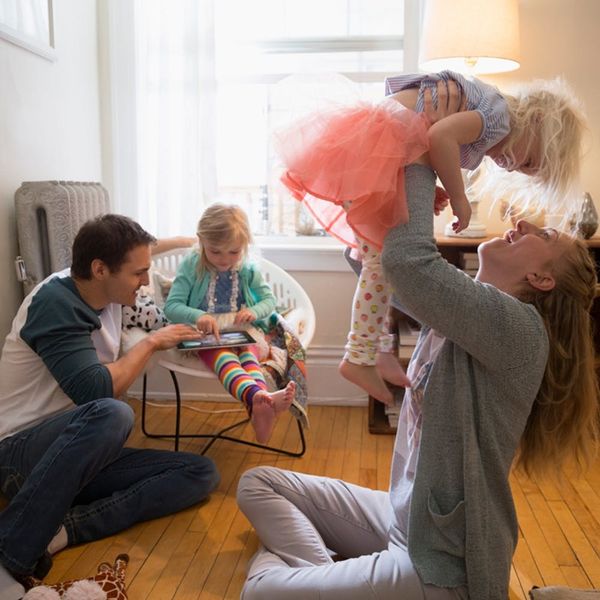 To raise great kids, you’ve read ALL the parenting books, learned how to parent the Danish way, and received tons of parenting advice. But there’s one thing you’re still struggling with: To spank or not to spank your kids?

Long gone are the days when a swift pat to the behind was totally acceptable (if not in vogue). The cons of spanking aren’t breaking news, but France’s new law is: On December 22, France passed a law intending to eradicate all violence against children. Yep, that means spanking (and other corporal punishments) is now illegal. Even though spanking isn’t subject to a similar law here in the US, it’s still generally considered unacceptable. Aside from the obvious (it hurts!), check out why France is on the right track when it comes to spanking.

The motivation is all wrong.

Megan Stonelake, MA, a therapist and parenting coach at Empathetic Parenting. She adds, “His only motivation will be to avoid being spanked. He learns not to engage in a behavior in front of people who will punish him.”

2. It may lead to aggression. It kind of makes sense, right? Kids are programmed to watch and learn from adults. So when grown ups spank their kids, it tells the kids, “Hey, it’s okay to lose control and use our hands.” In a study published in the Journal of Family Health, researchers found that spanking was associated with increased levels of aggression in children.

3. It often doesn’t stop at spanking. As if spanking isn’t detrimental enough on its own, that the more kids are spanked, the greater the risk that parents will use other types of physical abuse, according to the Journal of Family Health study.

4. Safety fades away. “When our children make mistakes, they should feel safe coming to us for support and guidance,” Megan says. But spanking doesn’t provide that safety. “If we teach them to fear punishment, our kids will learn not to trust us to help them.”

Erica Loop
Erica Loop is a freelance writer living in Pittsburgh. When she's not busy creating kids' activities for her blog Mini Monets and Mommies, you can find her trying to hang out with her teenage son, being chased by her two Olde Boston Bulldogs or teaching a children's karate class (she's a third degree black belt!).
New Moms
Parenting
New Moms New Parents study