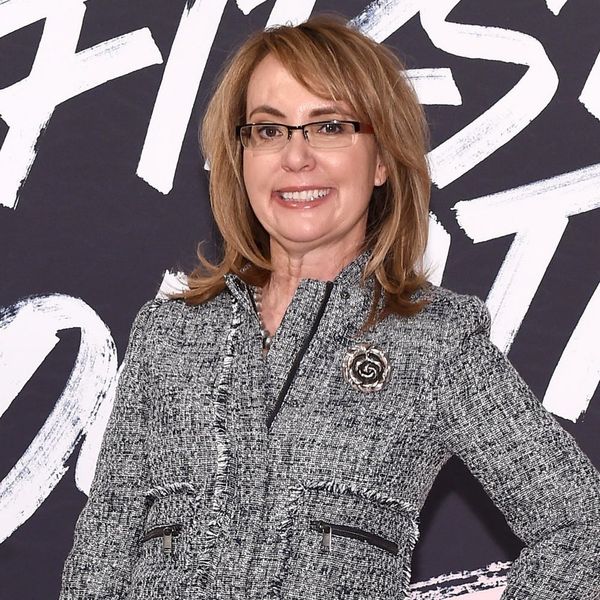 Six years ago, in 2011, Arizona congresswoman Gabby Giffords survived an assassination attempt outside a Safeway in Phoenix. Jared Lee Loughner, her shooter, was reportedly resentful of women in positions of power and disagreed with her politics. Although Giffords survived, she suffered a serious brain injury, and six other people died. The tragedy led Giffords to step down from her role in Congress in order to focus on her recovery. Since then, she has gone on to be a proponent for better gun legislation, forming Giffords: Courage to Fight Gun Violence, which has endorsed several women running in the 2018 primaries.

“Building a safer future for our families and our communities requires electing leaders with the courage and commitment to solving the gun violence epidemic that is damaging our country,” Giffords said in a statement to Refinery29. “These women come from a variety of backgrounds that give them the experience to understand the challenge we face.”

Earlier this week, the Giffords organization, co-founded by Capt. Mark Kelley (a retired NASA astronaut and Giffords’ husband), endorsed four military veterans who will be running in 2018 as well. Isabelle James, political director at Giffords, told R29, “When it comes to gun violence, there are certain things we can all agree on. We can all agree that dangerous people like domestic abusers should never be able to get their hands on a gun.”

Giffords hopes that with their endorsements, more folks interested in changing gun laws will run and win their seats, which the organization thinks is key to bringing about real changes to current practices.

What do you think of Gabby Giffords’ endorsements? Tell us @BritandCo.