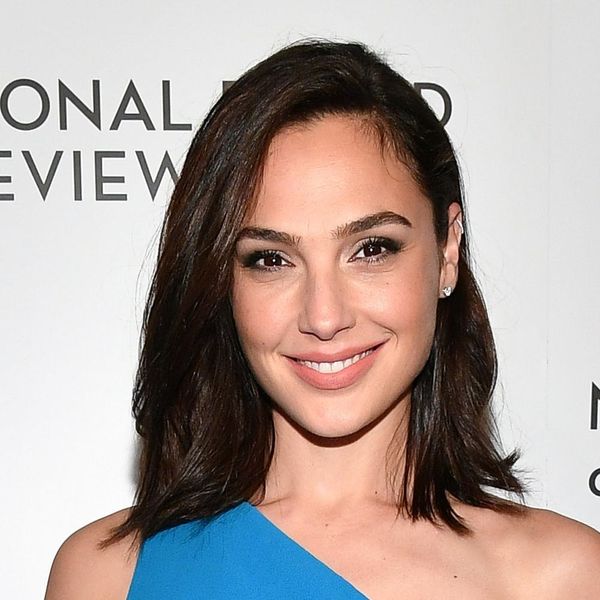 There’s no denying that 2017 was the year of Wonder Woman. Not only did the film smash box office records left and right, lead actress Gal Gadot was the highest-grossing actress of the year, and she’s showing no signs of slowing down in 2018: The Israeli-born star just nabbed a deal with a MAJOR beauty brand.

Taking to Twitter, the 32-year-old announced yesterday that she’s teaming up with iconic drugstore staple Revlon to “live boldly,” appearing in ad campaigns as their new global ambassador. It’s Gadot’s first-ever beauty contract, and it’s definitely a big one.

You know I love a bold red lip, right? Well, I’m about to make it official. Check out this little teaser from @revlon #LiveBoldly pic.twitter.com/W1b4x7Fa3t

In an interview with Women’s Wear Daily, she explained how beauty and the feminism of her personal brand go hand-in-hand, saying, “Anything that makes you feel more confident, more beautiful and better about yourself has to do with [feminism].”

So happy to announce that I’ve joined the @revlon family and am helping launch the #LiveBoldly campaign. Stay tuned…it’s going to be beautiful! pic.twitter.com/071y5QJCVB

As she says in her new campaign, “Live boldly means to me just owning it, being confident, being positive, and going after whatever dream that you have.”

For the onscreen superhero, that means wearing makeup nearly every day (except on vacation of course), though she also looks positively stunning without it.

Still, she keeps it relatively simple, citing Revlon’s Super Lustrous Lipstick in Certainly Red ($6), Mega Multiplier Mascara ($6), and ColorStay Foundation ($8) in particular as faves, but otherwise paring down her look to “light foundation, bronzer, blush, and mascara. “I’m about enhancing the right things,” Gadot told WWD. “I don’t like to wear too much makeup, I don’t like when it shows too much. But I’m a working mother, so I do like to cover darkness around my eyes, etc., etc., and when I go out, to wear bold lips and mascara.”

Revlon is thrilled to have Gadot on board, with Anne Talley, global brand president of Revlon, telling the outlet,” She’s a worldwide symbol of feminine strength and beauty, but she’s also a modern, multifaceted woman. She’s a strong advocate for women, recognized for using her voice and platform to encourage the entertainment industry to strive for fairness. We really see her embracing feminine power and what a woman can accomplish with their own special strength.”

What do you think of Gal as the new face of Revlon? Tweet us @BritandCo.

Arielle Tschinkel
Arielle Tschinkel is a pop culture junkie who went to NYU because the Olsen twins went to NYU (really). She is a freelance writer whose work has also been featured on HelloGiggles, Refinery29, SheKnows, Bustle, Hollywood.com, and many others; and she's living her dream one Britney Spears GIF at a time. Follow her on Twitter @mrstschinkel or visit her website at arielletschinkel.com.
Celebrity Beauty
Beauty News
Celebrity Beauty
More From Beauty News