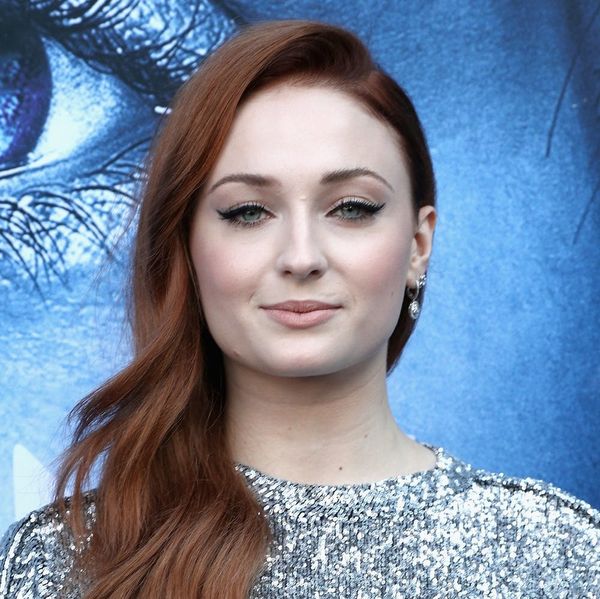 Game of Thrones star Sophie Turner may be all grown up these days — and engaged to Joe Jonas, as a matter of fact — but she certainly knows what it’s like to be a young star in the spotlight. That’s why she’s come to the defense of Stranger Things actor Finn Wolfhard.

This past weekend the teen celeb, who plays Mike Wheeler in the hit Netflix show, found himself in headlines when he was called rude for not stopping and personally greeting fans who were waiting outside of his New York City hotel.

Though he did give a general greeting to the fans who were present as he walked, that apparently wasn’t enough and one person took to Twitter to express their dissatisfaction, saying, “Imagine being 14 and heartless that you can’t even stop for your fans who made you famous in the first place! WOW.”

Though the tweet has since been deleted, it sparked a reaction from fellow Stranger Things alum Shannon Purser (AKA Barb) who tweeted, “Okay, no. No actor is under any obligation to stop for anyone. Finn is an incredibly kind human. But he’s human and he needs breaks too.”

Okay, no. No actor is under any obligation to stop for anyone. Finn is an incredibly kind human. But he's human and he needs breaks too. https://t.co/b4Lfrl1wU3

She followed that by saying, “I experience this on a significantly smaller scale, obviously, but I’ve had people waiting for me in hotel lobbies, at my airport gate, etc. And I’m an adult. I can’t imagine being inundated with all this attention at his age. It’s intimidating.”

“So, from one big sister to the world, don’t you DARE make young actors feel guilty or indebted to you because they couldn’t say hi,” the actress added. “They give you their art. They love their fans. Don’t take advantage of that. And if you can’t handle them needing space, stay away.”

But she’s not the only one coming to Wolfhard’s defense. Noah Schnapp, who plays Will Byers on the series, added, “So true. we really love the fans. Finn is the nicest guy u will ever know. we all work so hard, and need a break sometimes. #Compassion ❤️❤️”

So true. we really love the fans. Finn is the nicest guy u will ever know. we all work so hard, and need a break sometimes. #Compassion ❤️❤️ https://t.co/On3Fo8NeB8

But it wasn’t just Wolfhard’s co-stars who were behind him. Sophie Turner, who was cast as Sansa Stark on Game of Thrones when she was just 13 years old, had quite a bit to say about the situation, telling her followers, “Damn… seeing fully grown adults wait outside the ‘Stranger Things’ kids’ hotels etc, and then abuse them when they don’t stop for them… What adult in their right mind waits for a CHILD outside their hotel. [A]nd…is then is offended when the CHILD doesn’t stop.”

She added, “It doesn’t matter if they are an actor… they are kids first. Give them the space they need in order to grow without feeling like they owe […] [a]nyone anything for living their childhood dreams.”

Damn… seeing fully grown adults wait outside the ‘Stranger Things’ kids’ hotels etc , and then abuse them when they don’t stop for them…

The 21-year-old actress continued, “Oh and ps. Imagine… you, a parent, walking with your 13 year old son/daughter and seeing a fully grown adult pointing their camera phone … at your kid. You would do anything you could to delete that persons photograph, and remove your child from that situation as soon as… you could. It doesn’t matter if that child happens to be an actor and consented to a professional film crew capturing their moves when… in character.. That does NOT mean that this child consented to being followed around with a camera in their face. I don’t care if it ‘[c]omes with the job’. It doesn’t.”

She finished by saying, “And how dare you shun and demean that child when they don’t pose for an adult strangers photograph or walk over and talk to them when they… take that NOT CONSENTED FOR photo. Doesn’t that go against everything we teach our children anyway? Pshhhh. Some people man.”

Do you agree with what Sophie Turner has to say about child actors and their fans? Let us know @BritandCo!

Desiree O
Desirée O is a ‘Professional Bohemian’ who loves anything and everything related to the arts, entertainment, and pop culture. She ADORES being a ‘Newsy’ for Brit + Co, covering all of the latest tidbits of awesomeness that you want to read about. When she’s not writing, she’s either making messy art, going on long adventurous walks with her camera, or poking around over at bohemianizm (http://www.bohemianizm.com/). You can find out about Desirée O and her work at http://DesireeO.com/ or follow her on Twitter @DesireeO.
Game of Thrones
Celebrity News
Game of Thrones Netflix
More From Celebrity News