This Is How You Get Kids to Love School 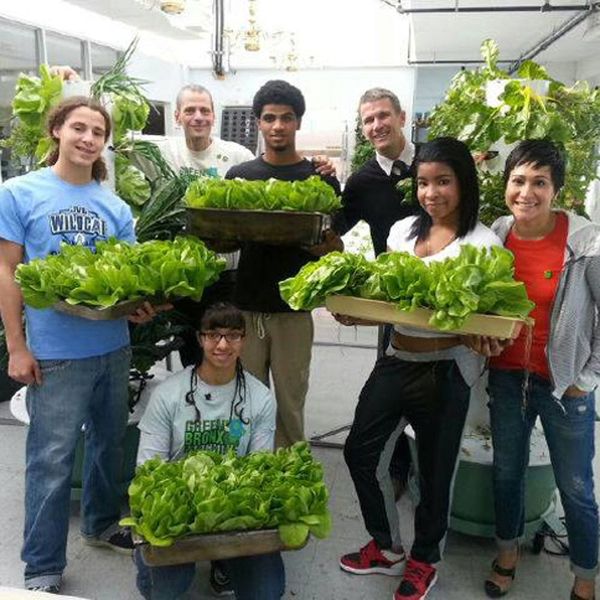 Stephen Ritz, founder of The Green Bronx Machine, is an inspiration if we’ve ever seen one. He not only increased his students’ attendance from 43% to 93%, but he’s also providing healthy sustenance to a population very much in need of it. How did he do all of this? It was as simple as starting a garden. A garden that made students feel connected, creative and nurturing, and inspired them to show up to take care of their investment.

Ritz described to The Guardian how the whole project sprouted from a serendipitous accident: “Someone sent me a box of daffodil bulbs one day and I hid them behind a radiator. I didn’t know what they were and figured they may cause problems in class. A while later, there was an incident in the room; we looked behind the radiator and there were all these flowers. The steam from the radiator forced the bulbs to grow. That was when I realized that collectively and collaboratively we could grow something greater. We started taking over abandoned lots and doing landscape gardening, really just to beautify our neighborhood. We took forlorn, unproductive spaces and turned them into aspirational places where we could bring communities together. We then moved on to growing food indoors in vertical planters around the school.”

Through his efforts, students are learning commitment. They learn that, with dedication, they can make a direct impact, and, through their patience and collective effort, they will yield a reward — a reward that not only benefits them but also beautifies their community and environment.

Ritz went on to tell The Guardian, “I am determined to put a plant in every classroom in New York City, and I believe that is within my means. When we teach children about nature, they learn to nurture. And when they learn to nurture, we as a society embrace our better nature. I like to call it our green graffiti.” We love that.

We can see the potential to learn so many different subjects from this project — horticulture, obviously, but also math, and even a bit of chemistry through testing the soil’s acidic and alkaline properties. More importantly, students can learn different roles. Planting seeds, harvesting, maintaining, filling in for the roles of absent students — all of these skills require collaboration and a communal awareness that is so often lacking. This project is taking them out of a singular mentality and into the world by teaching them they absolutely can — and are — making a difference.

Keep up with Stephen Ritz on his column in The Huffington Post or through his website Green Bronx Machine.

What’s the best thing you’ve seen done in your community? Let us know in the comments.

Adrienne Leonard
Adrienne’s favorite things are making popsicles, picking flowers and spending time anywhere with a shoreline. When she’s not outdoors with her dogs, Russell and Charlie, you can find her working on her domestic skills at The Free Spirited.
Gardening
Parenting
Gardening
More From Parenting