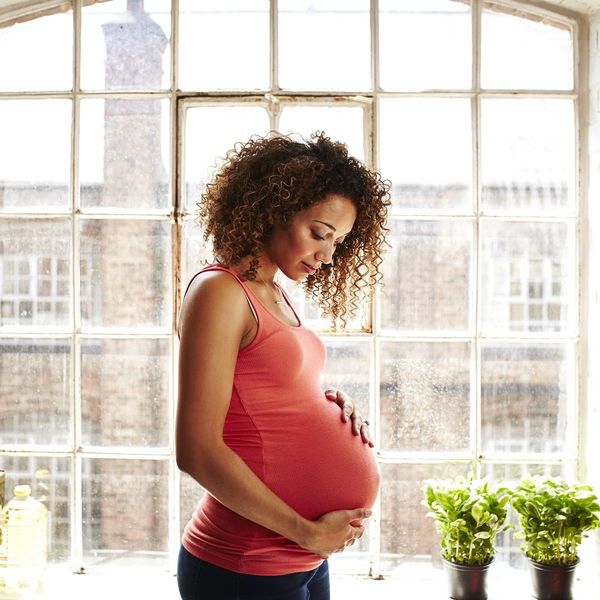 How many times has someone in your family or circle of friends pulled you aside to chat with you about your ever-ticking biological clock, the inner tick-tock that decides how easy it is to have a healthy baby? The common wisdom has long been that there’s a change around age 35, and after that age, new babies are at a higher risk of being born underweight and/or prematurely. But now new research shows that might not be the case at all, and that a pregnant mom’s age matters a whole lot less than we thought.

New research, conducted by the Max Planck Institute for Demographic Research (MPIDR) in Germany in conjunction with the London School of Economics, studied medical information for thousands of families in Finland where two children had been born between 1987 and 2000. The research revealed that the second-born children, who were born when the mother was of an “advanced age” (meaning 40 and older) did not have higher risks for being born prematurely or underweight.

However, when looking at “advanced age” mothers who’d had a child when they were younger versus moms who’d had their first baby later in life, there were significantly different risk factors. Overall, this led the researchers to conclude that doctors can make reasonable predictions about a woman’s pregnancy and birth based on her age, but that ultimately individual moms will have different experiences at an older age based on other factors. One of these is whether or not the same mom has had a baby before.

Even still, the percentage of advanced-age moms giving birth to underweight or preterm babies is pretty low overall. Mothers aged 40 and over have 4.4 percent probability of giving birth to an underweight baby. However, this number is only 2.2 percent for mothers under 40, meaning the potential risk doubles for advanced-age moms. But even still, the new study’s researchers say that age itself isn’t the factor driving this difference.

Alice Goisis, co-author of the study and research fellow at the London School of Economics, says in a study press release that the increased risks are related to “individual circumstances in the life of the parents or behaviors that are more common in older adults.” In other words, it isn’t necessarily about age itself. She adds that when researchers looked at age alone as the variable in the risk for underweight and premature birth, the data did not show any increase in risk.

What does all of this add up to? Mikko Myrskylä, co-author of the study and director of the MPIDR, says that age alone doesn’t need to be a detractor for advanced-age women considering pregnancy. The real determinants are the individual circumstances of the mom in question.

While these individual factors were not identified in the study, researchers now know to look beyond a pregnant mom’s birth date when investigating an advanced maternal age and birth risks. More research will be needed to have a full understanding of these risks, but for now, doctors and patients can be aware that a mom’s age itself isn’t as big a deal as we thought.

What do you think about the new findings on age and pregnancy? Tell us on Twitter @BritandCo.

Elizabeth King
Elizabeth King is a politics, history, and culture writer based in the Twin Cities. She is generally pretty cranky but still enjoys traveling, music from the early 2000's, and plotting the resistance. Feel free to say hi on Twitter at @ekingc or check out some of her work at www.elizabethcking.com.
Pregnancy
Womens Health
Pregnancy
More From Womens Health