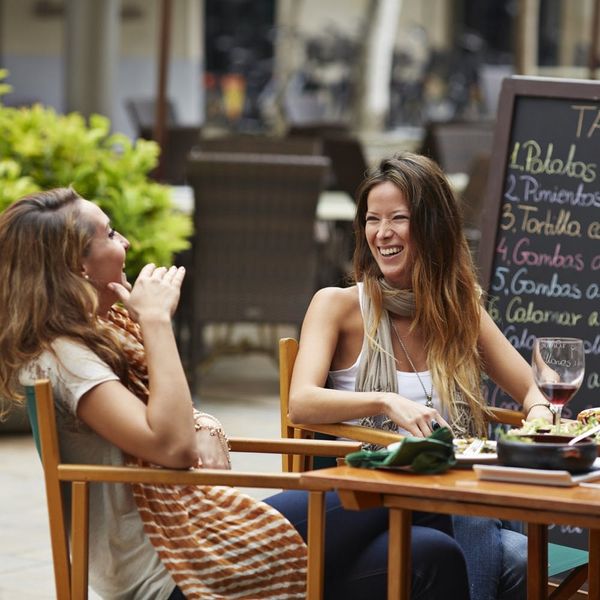 If you’re currently daydreaming about your next vacation, consider a trip to the healthiest country in the world. According to the Bloomberg Healthiest Country Index, the highest-scoring country for health is Spain. In second place was Italy — 2017’s winner and another Mediterranean hot spot — followed by Iceland, Japan, and Switzerland.

The researchers included 169 countries, excluding others with populations less than 0.3 million and any country that didn’t have enough data. They gave each country a score based on behavioral and environmental factors, including life expectancy and access to clean water and sanitation, while also penalizing for risk factors like rates of obesity and smoking.

If you’re wondering how the US fared, there’s bad news. The country didn’t make the top 10 — or even the top 30. America is all the way down in 35th place, a drop of one position since the last index came out in 2017. In fact, we’re not even the healthiest country in North America, according to this index: Cuba ranked 30th, beating the US by five places. So what happened? Here’s where Spain got it right, and the US could use some work.

1. Dive into the Mediterranean diet. Researchers reviewing the data have pointed to the so-called Mediterranean diet as a possible contributor to Spain and Italy’s high health scores. “One clue is the Spanish diet; there’s growing evidence that eating a Mediterranean diet seems to be healthier than a typical Western diet,” says Dr. Rishi Desai, MD, MPH, Chief Medical Officer for Osmosis, an online platform for learning about health. That’s not ‘diet’ in the sense of a food plan that limits what you’re allowed to eat, but rather ‘diet’ as in the foods regularly eaten by a specific community of people. Think lots of fruit and vegetables, fish as the main source of animal protein, and whole grains, nuts, beans, and olive oil, with small amounts of dairy. Maybe the best news of all is that you’re even allowed red wine, but only a little: The main drink is water. “The diet also emphasizes eating a lot less meat and processed foods, and using herbs and spices to flavor food instead of salt,” Dr. Desai adds.

Research has shown that the Mediterranean diet can reduce the risk of heart disease, which is the leading cause of death in America, while antioxidants in nuts, whole grains, fruits, and vegetables are also thought to help protect DNA from the mental and physical effects of aging. Instead of cutting out fat, this diet advocates for the right kind of fat, especially omega-3, found in leafy vegetables and fish, which your body needs to sustain your cells and protect against heart disease, stroke, and potentially forms of cancer. Note that researchers found this diet is most effective when followed completely: That means you can’t just eat fish once a week and go back to steak the rest of the time! In addition, since this isn’t a diet plan with set amounts of each food, you have to individually moderate how much you eat.

2. Suicide and opioid overdoses are lowering Americans’ average life expectancy. Although the index score relates to more than just life expectancy, the average life expectancy for people in America has been gradually decreasing in the last few decades, which could have made an impact on the country’s relatively low score. Researchers have pointed to increasing suicide rates and the opioid crisis as possible causes. According to the CDC, between 1999 and 2016, every state except Nevada saw rates of suicide increase. Dr. Desai points to growing income inequality, limited access to mental health resources, and relatively easy access to firearms as factors that make Americans particularly vulnerable to suicide.

In addition, the CDC has also said that high numbers of deaths from opioids have reduced the average life expectancy, which dropped from 78.7 in 2016 to 78.6 in 2017 — the year with the highest number of deaths from opioid overdoses. Dr. Desai explains that as income disparity increased, “heroin, crack, and other drugs started to flood the streets of economically devastated communities. In parallel, the pharmaceutical industry promoted the use of opioids among physicians, incentivizing healthcare providers to aggressively promote opioids to patients.” It’s not that suicide and opioid abuse are entirely responsible for the US’s under-performance, but this index again highlights their contributions to a decline in overall health.

3. Medical treatment is less expensive in Spain. One big difference between Spain and the US is the cost of healthcare: Spain — and the other top 27 countries on the index — have nationalized healthcare. “Spain offers its citizens universal health coverage as a constitutionally guaranteed right with no out-of-pocket expenses, aside from prescription drugs,” Dr. Desai says. “That means no copayments and no claims forms. Our worst health outcomes are among those that have no access or limited access to healthcare, and that’s why a system that covers everyone is something a lot of politicians are looking at closely.” Although you might have to pay some money for operations deemed non-essential, or for prescriptions, you don’t need to buy insurance and you won’t be left with vast medical bills. “A healthy country prioritizes access to a doctor, health screenings, and basic health services like hearing, vision, and dental care,” Dr. Desai emphasizes. “Unfortunately, the US has a strong set of political lobbyists who keep the cost of medications high, allowing insurance companies and government payers to avoid covering basic needs.”

Obviously, there are major differences between the US and Spain: The former has a population of just over 328.5 million, while the number of people living in Spain roughly equates to the combined populations of California and Arizona. However, they are clearly onto something, and these surveys give us an opportunity to learn from the rest of the world. “I think that surveys like this are a reminder that the US can take lessons from how other countries deal with some of the same challenges we deal with here,” Dr. Desai confirms. In the meantime, it’s olives and fish for dinner.

RELATED: Why Eating These Healthy Fats Can Help Boost Your Mental Health