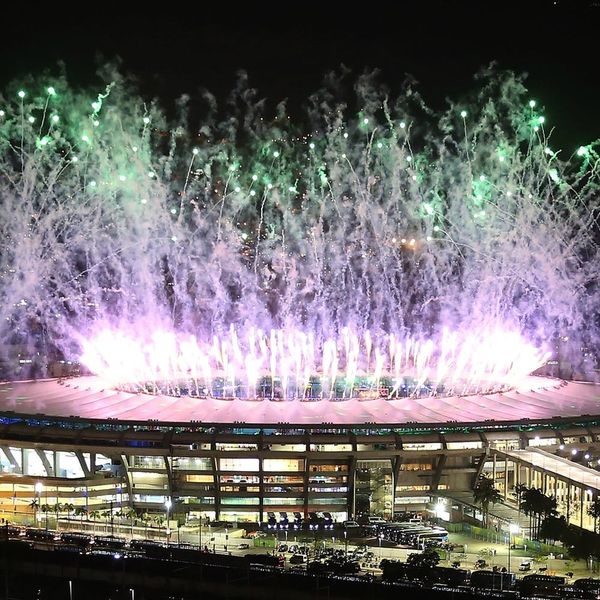 Last night marked the beginning of the 2016 Rio Olympics with its opening ceremony, and all eyes were on each country’s athletes as they made their team debuts to the world. Needless to say, their choice of outfit was an important one!

1. Hungary: Forget being the best dressed at the opening ceremony — we’d wear these cute little dresses by fashion agency Use Unused in everyday life! (Photo via Elsa/Getty)

3. Poland: These guys looked crisp, sharp and clean-cut in their Tommy Hilfiger-looking numbers. The ladies were a sight to see as well in flowing Technicolor maxis that, TBH, we didn’t hate! (Photo via Paul Gilham/Getty)

4. Brazil: Olympic hosts Brazil didn’t disappoint, acting as a breath of fresh air with their breezy patterned dresses and straw hats in a sea of suits. (Photo via Buda Mendes/Getty)

5. Uruguay: Call us crazy, but we kind of dig the cheeky vibe of these baby powder blue suits and white top hats. (Photo via Buda Mendes/Getty)

7. Peru: A pop of red was all Peru needed to add to these flowing white pieces to make them stand out from the crowd. (Photo via Elsa/Getty)

1. Italy: At first glance, these don’t really strike us as being either super great or super awful, but when you take into account the fact that they were designed by Giorgio Armani — Armani, people! — they quickly become one giant letdown. We would’ve expected more from the fashion legend: MUCH more. (Photo via Jamie Squire/Getty)

2. Thailand: Unless they’re auditioning to be backup singers for a ‘60s jazz group, this is a no from us. (Photo via Cameron Spencer/Getty)

3. Indonesia: While many thought the festive vibe Indonesia brought was on point, we found it to be a bit… much. (Photo via Elsa/Getty)

6. Norway: No, Norway. Just no. That busy pattern is hurting our eyes and we need it to stop. (Photo via Cameron Spencer/Getty)

4. Japan: Despite their best efforts, the red blazers with gold buttons Japan wore reminded us more of a marching band or pool of Hogwarts’ students than a team of champions. (Photo via Cameron Spencer/Getty)

5. Germany: The color did Germany in: Awash in a sea of gray in what looked like lab coats over leggings, the only word that comes to mind is “blurgh.” (Photo via Cameron Spencer/Getty)

6. Mongolia: The rest of the world seemed to love these bright yellow head-to-toe suits, but all we could think about was Curious George, scanning every “man in the yellow hat’s” shoulders for a sighting of him. (Photo via Jamie Squire/Getty)

7. Australia: We didn’t hate the striped blazers Australia donned as much as the rest of the world seemed to, but we did despise the boxiness of their fit, which made everyone look uniformly broad-shouldered. Maybe they needed all that space to fit all 139 names of Australian gold medalists from Olympics past in their jacket lining? (No, but really — they did). (Photo via Cameron Spencer/Getty)

Which uniform was your favorite? Tell us over @BritandCo!