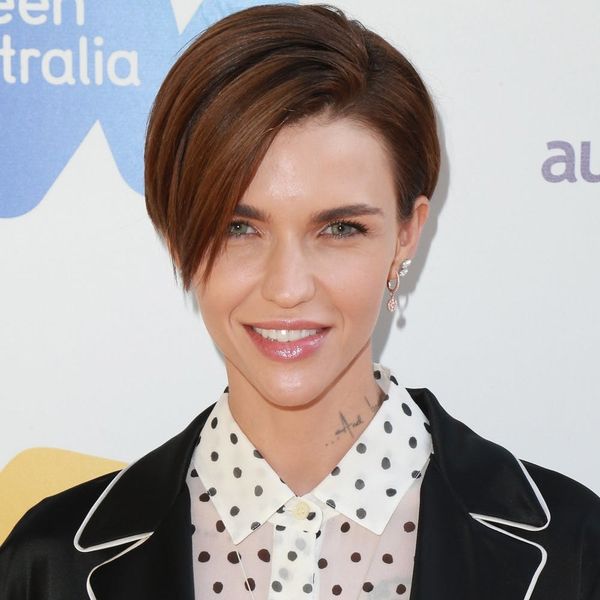 Ruby Rose knows how important it is to focus on body-positive Instagram content, which is why she has no time for the trolls who try to body-shame her. Not only because she doesn’t want to hear it, but also because she realizes how it can harm her fans.

While we’re sure that this isn’t the first time that the former Orange Is the New Black actress has faced criticism about her body (she’s a woman on the internet, after all), she was hit yet again by haters and commenters claiming to be concerned about Rose’s health — also known as “concern trolling” — when she posted a pic from her recent Vogue shoot.

Though admirers were quick to praise the performer’s slick style and toned figure, others left comments like “Too skinny😞😔😥” and “@rubyrose honey, I love you, but you look like you need a burger. I know it seems like I’m being mean, but you look TOO thin for such a hottie! Healthy is one thing, that is another…”

Perhaps because of this, the 31-year-old who’s known for her fit form wrote a note to her followers via Instagram Stories over the weekend, where she decided to speak out about the people who felt it necessary to comment on how thin she is.

“Body shaming SH*TS ME. It’s so frustrating,” she wrote, then added, “Not because I care about what someone thinks of my body. I love my body when I don’t work out and I am soft and I love it when I train hard and feel strong. I hate it because it worries fans or shames them. I hate it because it uses no logic and basically is just someone projecting their experience and expectations on others.”

The John Wick 2 bada$$ continued by explaining, “I eat so much amazing food (I can’t believe I even have to write that sentence) I just don’t drink alcohol or eat processed food, or meat or dairy and I train every day. I’m plant based and stupidly healthy. I trained my ass off for 3 action films, I used to be a boxer.”

She finishing by stating, “My body is just my body. It fluctuates and it changes depending on how hard I train. The end.”

While it’s frustrating that anyone still has to deal with body-shaming of any kind, we’re glad to see people like Ruby Rose address the situation whenever they can.

What do you think about Ruby Rose’s response to the body-shaming she’s faced? Let us know @BritandCo!

Desiree O
Desirée O is a ‘Professional Bohemian’ who loves anything and everything related to the arts, entertainment, and pop culture. She ADORES being a ‘Newsy’ for Brit + Co, covering all of the latest tidbits of awesomeness that you want to read about. When she’s not writing, she’s either making messy art, going on long adventurous walks with her camera, or poking around over at bohemianizm (http://www.bohemianizm.com/). You can find out about Desirée O and her work at http://DesireeO.com/ or follow her on Twitter @DesireeO.
Body Positive
Body Positivity
Body Positive