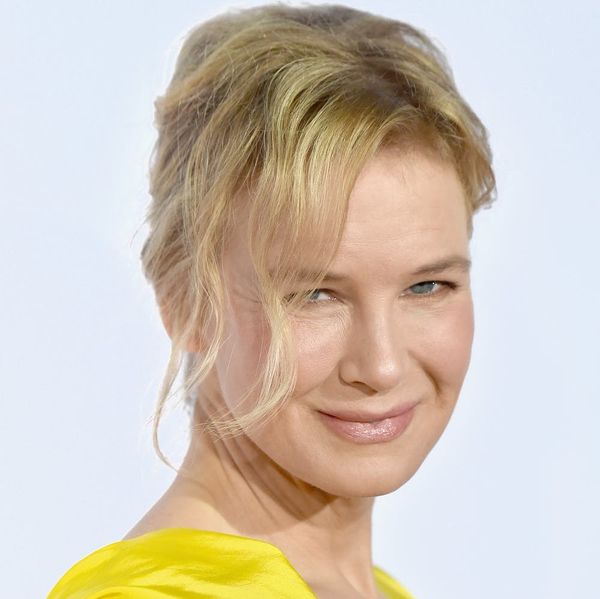 Everyone loves a good Hollywood transformation, but some are more startling than others. Renee Zellweger in the role of Judy Garland definitely belongs on that list. The first image from Judy, a biopic from Pathé, BBC Films, and Ingenious Media, shows the Bridget Jones’s Diary star as the legendary Wizard of Oz performer at the end of her career, and it’s safe to say you’ve never seen her like this before.

The photo (which you can see here) appears to be a still from the movie in which the usually blonde Zellweger is costumed in Judy Garland’s short, dark hair and late-1960s period attire. But what’s most striking is Zellweger’s expression, which uncannily resembles the late, legendary Garland.

The biopic will focus on Garland during the winter of 1968, during which the singer spent time in London to perform a series of sold-out concerts at the Talk of the Town nightclub. Real-life fans of the iconic performer will know that these shows marked the end of Garland’s career, which was cut tragically short with her death in the summer of 1969. Fans will also note that these concerts included tender renditions of some of the singer’s most beloved tunes, including “Somewhere Over the Rainbow.”

The film will also depict the drama behind the scenes of Garland’s life at the time, a period when the tempestuous star was fighting with her management and struggling to manage her relationships with fellow musicians, fans, and her family.

While no release date has been announced of yet, the film is expected to come out at some point before the end of 2018.

What do you think about Renee Zellweger’s transformation into Judy Garland? Let us know @BritandCo!