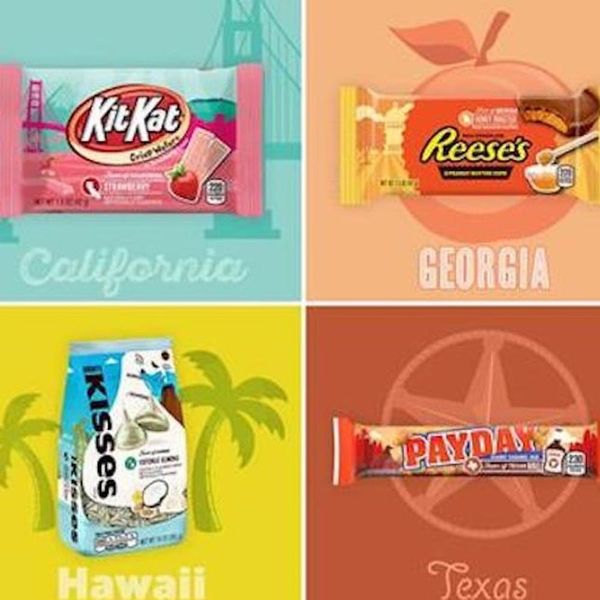 If you’ve been spotting some unusual candy finds at the checkout counters lately, you’re not alone. In addition to the avocado chocolate bars that were recently unleashed on us, Hershey’s has also been showing off its creative side with seven new flavors inspired by select states.

We don’t know about you, but we’re pretty much dying to try all seven, though we’re slightly partial to the cherry cheesecake bar, which boasts pink cookie crust pieces inside of a white chocolate bar. Those sweet cream-filled Twizzlers have us thoroughly intrigued, however, with the honey-roasted PB cups (described as having a hint of floral, amber, and molasses) at a close second.

Available at retailers nationwide “while supplies last,” there’s no telling how long you’ll be able to get your hands on one of these insane creations, so you’ll probably want to nab them sooner rather than later.

So… what’s your flavor? Tell us over @BritandCo.

Nicole Briese
Nicole is the weekend editor for Brit + Co who loves bringing you all the latest buzz. When she's not busy typing away into the wee hours, you can usually find her canoodling with her fur babies, rooting around in a bookstore, or rocking out at a concert of some sort (Guns N' Roses forever!). Check out all her latest musings and past work at nicolebjean.com.
Food News
The Conversation