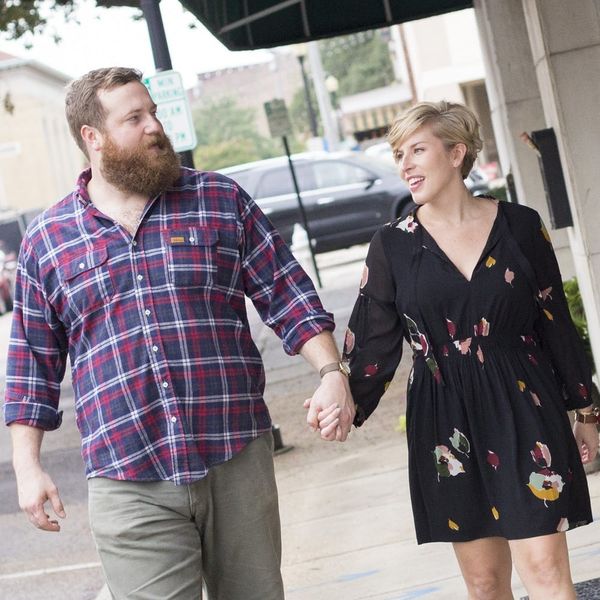 Baby makes three for Home Town hosts Ben and Erin Napier! The HGTV stars announced that they’ve welcomed their first child together, and they’re sharing their excitement with fans by posting a series of adorable snaps of their new baby girl.

The first few photos of new baby Napier were accompanied simply with her name: “Helen.” Along with a few pics of the new bundle snuggled next to mom Erin, the images also show Ben sharing his first moments with his new daughter, looking at her admiringly and holding her little hand.

The Napiers first announced they were expecting back in October, revealing that the happy news came to them on Mother’s Day. The HGTV hosts also gave some insight into the name they’d chosen for their little girl, which is a tribute to an important woman in Erin’s life.

Ben and Erin aren’t the only members of the HGTV family with exciting baby news of late — Fixer Upper stars Chip and Joanna Gaines also revealed this week that they’re expecting baby number five. While the Gaines are in the last season of their hit show, Ben and Erin’s Home Town is just getting started. But as the new parents recently told E!, we might not be seeing baby Helen on TV right away.

“We’re still new to this TV thing but we’re more experienced at being on television than we are at being parents, so we’re going to see how it goes,” Ben said.

Do you watch Home Town on HGTV? Let us know @BritandCo!

(photo via Meggan Haller for The Washington Post via Getty Images)