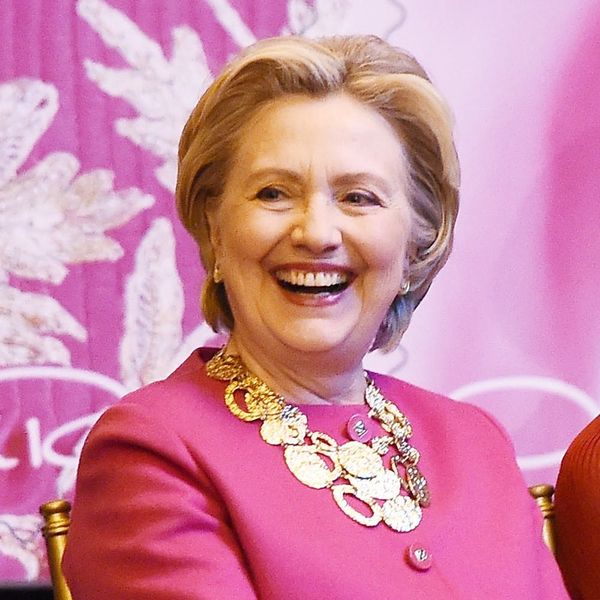 The weekend’s not even halfway over and already, it’s been rife with political buzz. In an ironic turn of events, it was discovered that Vice President Mike Pence used his personal AOL email to conduct state business while serving as governor of Indiana. The kicker here is that, as you may or may not recall, Pence was one of Hillary Clinton’s (who dealt with her own email scandal during the election) biggest adversaries on the manner. Pence has since spoken out on the snafu, maintaining an adamant stance that “there’s no comparison whatsoever” between himself and Clinton, but the internet seems to disagree.

As proof, we’ve been given a photo of Clinton reading up on the morning news, with the paper’s headline as the picture’s focus: “Pence Used Personal Email in Office.”

The photo began making the rounds after Brooklyn-based Vice contributor @RealSaintNick6 received a Snap from a friend who found herself on the same flight as HRC while traveling from Boston’s Logan Airport to New York’s LaGuardia. She also just so happened to spot the former presidential candidate reading USA Today‘s cover story titled “Pence used personal email in office,” and was quick to spring to action before the fleeting moment should slip away. Upon receiving the shot, Pére Noël did the expected: He took a screenshot of it and uploaded it to Twitter.

“Hillary just checking the daily news,” he wrote. “Pence used personal email in office. The irony is palpable.” White House reporter Josh Dawsey caught wind of the shot, and also shared it to his page, and in the space of a few blinks of an eye, the Twittersphere was up in arms.

Other fellow passengers also couldn’t believe their eyes, not only because they were in the presence of one Mrs. Hillary Rodham, but because of the scene occurring.

Excuse me hi nothing exciting ever happens in my life but Hillary Clinton just walked past me &boarded my plane WHAT pic.twitter.com/8cPJX3JryC

While Clinton herself has yet to respond to the scandal directly, it appears that the old adage, “A picture’s worth 1,000 words,” really does ring true.

What do you think of the Clinton/Pence scandal? Tweet us @BritandCo.