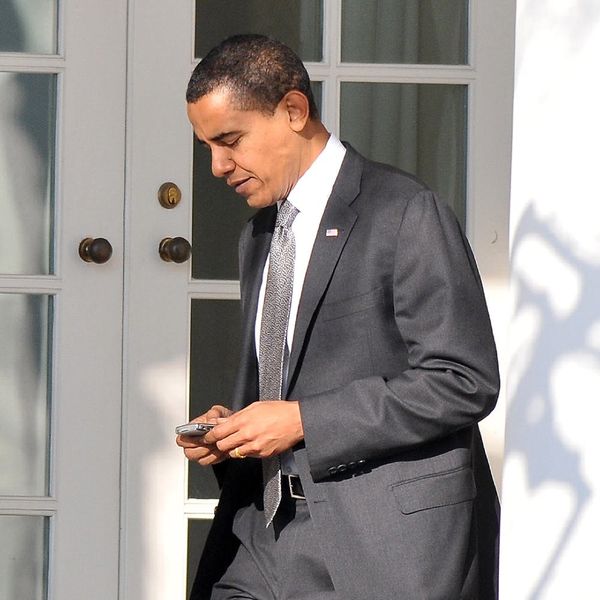 President Obama has a routine. And part of that routine is reading 10 letters from regular American citizens every day. But, as his term is winding down, the Obamas are revving up their social media presence. So now, President Obama will read your thoughts sent via Facebook Messenger.

To send a letter to the president, engaged citizens just need to head over to The White House’s Facebook page and click “message.” A chat box will pop up and prep you for your letter to the Prez. Click “let’s go,” and the bot will collect your contact information, including address, email and phone number. Then type in your thoughts, concerns and wishes, and press send. It’s a much quicker (and more eco-friendly!) way to send your thoughts to the president than snail mail — however, that doesn’t mean letter writing is fading out. Citizens can still reach the president with pen and paper or email.

According to President Obama, reading these daily letters is vital to keeping up with the American people. “What’s interesting is not only do these letters help me to stay in touch with the people who sent me here, or the people who voted against me, but a lot of times they identify problems that might not have percolated up through the various agencies and bureaucracies. And more than once there have been occasions where these letters inspired action on real problems that are out there,” he said in a statement.

The Obamas are the most digitally-connected first family ever. Recently, Michelle Obama joined Snapchat, and last year, President Obama launched his own Twitter account for the office. We can only hope they keep up their digital savviness after they leave The White House so we can get behind-the-scenes looks at what their vacations in Hawaii are like.

What do you want to tell POTUS? Let us know @BritandCo!

Cailey Rizzo
Cailey is a junkie for all things pop culture. She studied journalism and English literature at SUNY Purchase, then continued studying French cinema and literature at Paris IV Sorbonne. She currently lives in New York where she can often be found singing '70s music at karaoke bars.
Facebook
Tech
Facebook social media Tech News