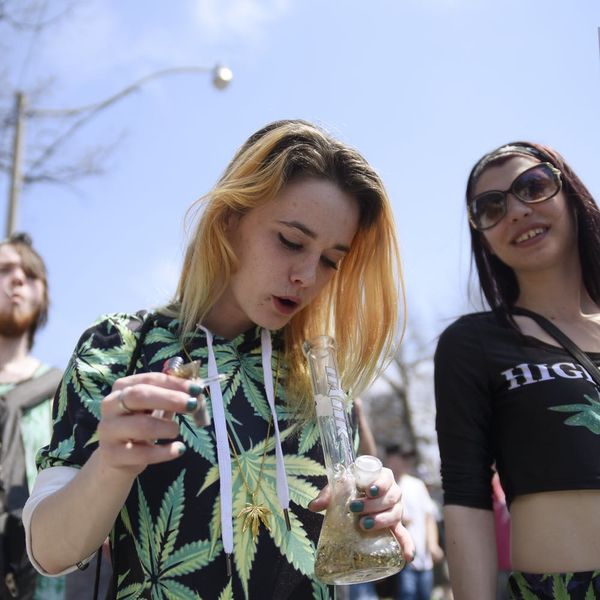 When California legalized recreational marijuana on January 1, 2018, the states changed their drug education messaging from “Just Say No” to “Delay,” using research about adolescent substance use to encourage lifelong health and prevent abuse.

California is the eighth US state — Colorado and Washington led the way in 2012 — faced with the challenge of modernizing its approach to drug education alongside the legalization of marijuana. While there’s minimal research on how legalizing weed for adults impacts teens’ attitudes toward, and use of, marijuana,studies consistently demonstrate that early, persistent use of cannabis has detrimental effects on cognitive development. That’s why states like California are considering their responsibility in preventing drug abuse among youth, starting in schools.

The state’s Proposition 64, which both legalizes weed for adults over 21 and creates a tax on cannabis sales, will eventually also funnel some of the tax money into schools to promote drug education. But since the taxation structure is not yet fully developed, substance use prevention and education typically varies from school to school.

Currently, more than 20 San Francisco-area schools use a drug education curriculum called Being Adept, a research-based and science-backed program that encourages students to make healthy decisions about substance use. Since studies link early use of drugs and alcohol to substance abuse later on in life, the program’s goal is to empower adolescents to make their own informed choices about drugs and alcohol — based on facts about the impact of early, frequent drug use rather than the traditional scare tactics involved with outdated (and generally ineffective) anti-drug campaigns.

Danielle Ramo-Larios, who directs research on adolescent drug use at the University of California, San Francisco, says programs like Being Adept were created to adapt to the changing attitudes adolescents have toward marijuana. “Teens are less and less inclined to believe that cannabis use causes problems, so telling them not to use at all, ever, is just not a realistic message that they will take seriously,” she tells Brit + Co.

Rather than a fear-based approach — like the D.A.R.E. and “Just Say No” programs of the 1980s and 1990s — Ramo-Larios says a more modern, realistic approach that aligns with scientific research could be more effective long-term.

“We know that the ‘Just Say No’-type programs really did nothing to prevent the onset of drug use in teens. The modern approach to prevention should be realistic about the research with cannabis, which shows that using early and often in adolescence is not good for the brain or body,” she says. “Focusing the message on delaying use until the brain is fully developed — and until decisions to use will not impede on important life goals, from school to extracurriculars — is ideal.”

So rather than scaring teens out of drug use altogether, programs like Being Adept focus on empowering them to make healthy, thoughtful decisions for themselves. Lesson topics like the science of addiction, “brain basics,” stress management, and even “two-minute yoga” both help students to understand how drug use could affect them and give them tools to deal with stress, a known risk factor for drug and alcohol use among youth.

“Good drug prevention programs should also focus on why making healthier decisions in the face of stress (like choosing to exercise rather than drink or use drugs, for example) will support lifelong behavior patterns that will make teens happier adults later on,” Ramo-Larios says.

Since school drug education programs will likely continue to develop as cannabis taxation does, and more states will likely follow suit in legalization in the near future, Ramo-Larios says families play a significant role in delaying drug and alcohol use and preventing abuse — regardless of a given state’s marijuana legislation. Parents play a large role in setting the tone for adolescents’ attitudes toward drugs and alcohol, which is a responsibility they should take seriously.

“Parents should be aware of the risk factors for problem drug use, talk to their kids early and often about what they have heard about drug use, and set clear limits around use and stick to them,” she says. “They should also not glamorize their own use, and [they should] generally take a stance that use in adolescence is not the same as use later on.”

What are your thoughts on marijuana education? Tell us what you think @BritandCo!