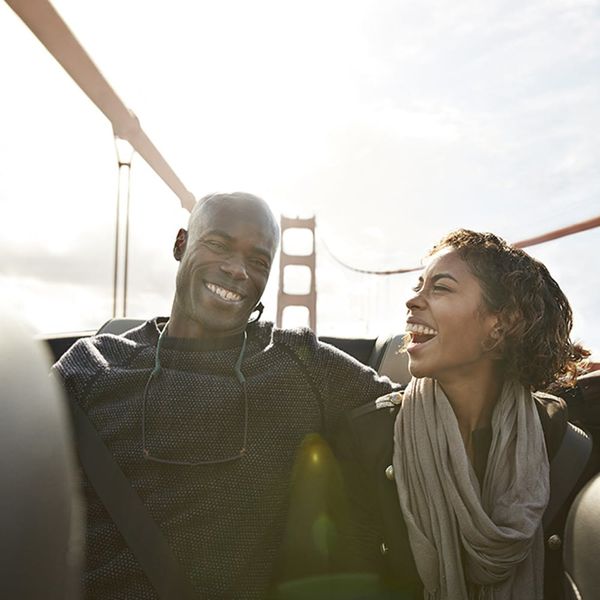 It’s easy to assume that anyone who quite literally makes a living from finding love must have always had their own love life fully under control. Well, not so much. Dating and relationship coach Sami Wunder actually found her way into the love business because of her own struggles with dating. Just a few years ago, she says, she couldn’t sustain a partner for more than three weeks, despite the fact that she was an accomplished, well-educated woman.

Fast forward to 2019 and Wunder is married, a mom, and leading a seven-figure international love coaching company with more than 100 recorded client engagements in the last three years to its name. Recently, a strategy called a dating roster has played a key role for many of Wunder’s most successful clients. And while the concept may be new to us in name, she tells us that it’s technically an age-old idea.

“It’s how most women dated traditionally,” Wunder tells us. “The concept of boyfriend/girlfriend and live-in relationships is a modern one.”

Here’s the gist. When you have a dating roster, you’re seeing more than one potential partner at the same time. Wunder also refers to it as “rotational dating.” Before you raise an eyebrow at how this kind of approach might affect your reputation, take a minute. Wunder emphasizes that seeing multiple people as part of rotational dating is not the same as sleeping with or being intimate with multiple people.

“Dating, in the strictest sense, means getting to know someone with romantic interest in mind,” she says. “This is what you do when you rotational date. You get to know many [people], without jumping into bed quickly with any of them.”

The key to dating with a roster is that you get to decide what commitment looks like, according to Wunder. When one of your dates offers you the commitment you’re looking for — whether that means an invitation to make things official, a proposal, or a mutual decision to move in together — you stop the rotation and pursue that commitment with a single bae.

So how do you develop your so-called “roster”? Start going on what Wunder calls “connection dates.” These dates are all about simply getting to know potential partners and assessing your compatibility with them. You should go into connection dates already knowing that there’s no plan to get busy at the end of the night. Connection dates give you “the time needed to make up your mind about the [person] who is the best fit for you in the long term, without getting blindsided by quick sexual chemistry, which is what happens for many,” Wunder says.

Once you’re in the routine of going on lots of connection dates, honesty is key to successful rotational dating. If a date asks you if you’re seeing other people, tell them the truth. Wunder also recommends that you hold out on intimacy for a few months, even if you’re pretty sure that you’ve identified who’s ready to commit in the bunch. This allows you to comfortably maintain a dating roster without straying into territory that may feel sleazy.

“It is a revolutionary concept,” Wunder says. “It will save you a lot of time and heartbreak by giving you many options and ensuring you don’t get attached to the wrong [person] too quickly, only to find out later that they aren’t right for you.”

From Your Site Articles
Alli Hoff Kosik
Alli Hoff Kosik is a freelance writer who is passionate about reading, running, rainbow sprinkles, her lipstick collection, watching embarrassing reality TV, and drinking pink wine. She lives in Brooklyn with her husband and (in her dreams, at least) three golden retriever puppies. Listen to her talk books on The SSR Podcast.
Dating
Relationships
Dating Love Relationship Advice