I Swore I Was a City Girl for Life, But the Small Town Is Calling Me Back 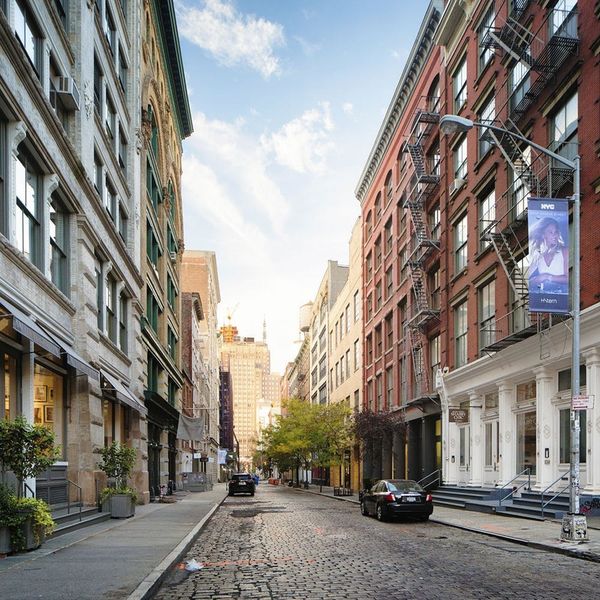 I grew up in a tiny rural community that was spread out and wooded enough that parents had to take their kids trick-or-treating by car. It was a 10-minute drive to the nearest semi-substantial town with a population of 2,500, where you could find a convenience store and a pizza place, and another 10 minutes to the actual town, with groceries and a mall that, when it got a Burger King a few years ago, it made the local news. It probably goes without saying, but there wasn’t much to do.

In high school, when my best friend’s dad’s job needed him in the city a few days a month — a real, proper city of a few hundred thousand — we started tagging along on the two hour drives as often as we could. The CD stores were better, you could walk to get a café au lait in an actual coffee shop (VERY important) and there were even concerts. It was heaven.

I moved there for school, and left for another college a year later in an even bigger city, where I immediately started spending every spare second (and cent) taking the subway downtown for shows, shopping, and eating and drinking my way around different neighborhoods. My parents didn’t adapt to my move quite as easily, and while I don’t know if they were actually worried about their smart and sensible small-town girl, they couldn’t help asking if things they’d heard about on the news happened in my exact vicinity. I flew home for Christmas breaks, and come summer, my dad would always make the drive to help me pack my dorm room up, drive me the 1,100 miles home, then back again when classes started in the fall. When school was done for good, however, I stayed.

The city suddenly felt totally unfamiliar. School friends were mostly scattered, so I had next to no social life. I bounced between three apartments in as many years before finding a small studio that was perfect — except for all the mice. I was lucky to land a steady job quickly, but as an admin assistant, it hardly felt like a great career move, and it wasn’t paying me enough to make a dent in my credit card or student loans.

People would ask when I thought I would move home and I’d say, “Oh, there’s no work there.” The truth is, I did often wonder why I was staying in a city that was so expensive and lonely and where my bike kept getting stolen. I clung to my little routines, like the walk home from work that eventually brought Korean grocers, indie bookstores, and falafel into my life. I still went to music and comedy shows every week, and even started writing about them in my spare time for a local website I liked. That led to more writing, new friends, and a different job that paid me enough to stop living in the red — barely, but, it was something.

Before I knew it, a decade had passed, and I’d answer the question about moving home with, “Actually, this is home.” I now had my dream job as a full-time music journalist and I could confidently give directions to tourists. The apartment my boyfriend and I share with our roommate is by far my favorite place I’ve ever lived. It has our well-outfitted kitchen and funny knickknacks, wine stains on the table from the dinners we’ve hosted, and it’s where we watch our favorite shows over bowls of the city’s best ramen delivery (by the way, never underestimate the novelty of that to a small-town girl who didn’t know delivery existed outside of movies until she moved to the city in her early 20s). It’s also where we’ve started to plan for what’s next — and it happens to look a lot more like where I came from than where I ended up.

Then, we started spending weekends away from the city, near water, near trees — the kind of city break that lots of people like to take if they can. Last summer, we were both working remotely, so we packed up our computers and spent most of our time at his parents’ cottage. The sunsets were nicer and the skies bigger there; we spent so much time outside and slept so much better. I sent a few pics to my brother, who was curious what our new part-time living situation looked like. “It sorta looks like home,” he said. I’d been thinking the same thing.

Most good vacations result in “I could totally live there” syndrome, which is, of course, what we started thinking. Was this just a long sorta-vacation, or was this really what we wanted? Did we want to work freelance forever, or was a full-time job still in the future for one or both of us? In our line of work, there aren’t a lot of those out in the sticks, that’s for sure. And what about practical things, like good hospitals? Public programs? A broader cultural upbringing for our eventual kids? Stuff that stays open past 5pm?

We started talking about what kind of place we’d like and the small businesses we could start on the long three-hour drives back to the the city for work and for friends (which is the hardest thing to think about leaving). So we started looking at maps to see if there’s a sweet spot that splits the difference — close enough to drive in but far enough to escape the costs and crowds, maybe even with a fire pit. In a yard. Turns out it is hard to have it all.

I still find it weird to think that as a kid I couldn’t wait to leave my rural roots, and how as an adult I can’t ever wait to get back, even if I’ll never get over the novelty of walking to a baseball game that my family back home is watching on TV. Ultimately, practical financial reasons will end up making the final decision to leave the city, even if we haven’t found the best version of that for us yet. Either way, I do believe we’ll be happy wherever we end up. I put a lot of hard years into learning how to build a home and make a life — and I have the city to thank for that.

Nicole Villeneuve
Nicole is an entertainment and lifestyle writer covering pop culture, news, and cool women doing cool things. She likes yard sales, MTV's Teen Mom, and putting too many memes in the group chat. She lives in Toronto.
Relationships
More From Relationships