Ian Somerhalder on Why ‘V-Wars’ Is Not Just Another Vampire Show: ‘This Is a Different World’ 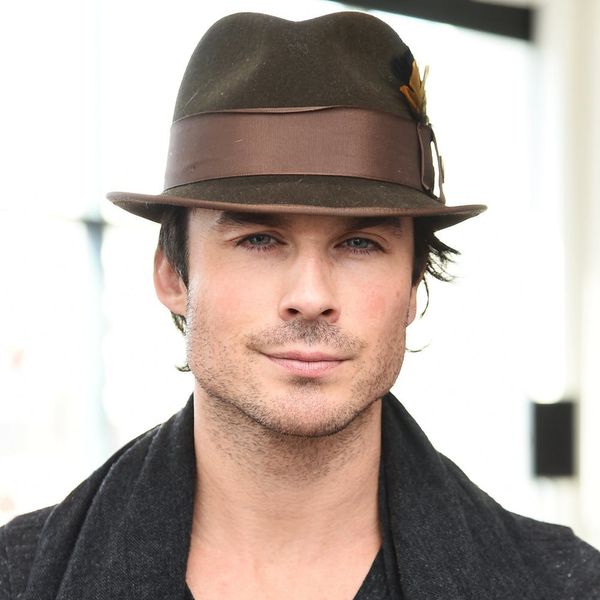 Ian Somerhalder knows what people are thinking about his new Netflix show, V-Wars: Another vampire franchise? But his character, Dr. Luther Swann, is very different from his Vampire Diaries alter-ego, Damon Salvatore, and the show itself has little in common with TVD beyond the existence of blood-suckers.

“If Robert Pattinson announced in a week that he was going back and doing another vampire franchise, people would just think he’s absolutely nuts,” Somerhalder quipped to Brit + Co in a recent interview to promote National Take Your Cat to the Vet Day. “So when this came out, I had so many of my friends calling and saying, ‘What are you thinking?’ But this is a different world.”

The actor told us that while V-Wars is indeed a genre show, the performances are “grounded in reality,” and the series deals with a lot of social issues that are relevant to our real lives. “It’s an amazing 30,000-foot view of what’s going on in the world right now,” he said. For one thing, the epidemic of vampirism starts because of climate disruption. “[There’s] this ancient biological pathogen that’s been dormant, covered in ice for many years, but because of the ice melt, things are getting exposed and it wreaks havoc on the world,” he explained.

Somerhalder’s character, Dr. Swann, is one of the people trying to stop that havoc. “He lives under the constraints of mortal man,” the actor shared. “He’s just a guy, a dad, a husband.” Well, not just — Somerhalder teased that there might be more to Dr. Swann than meets the eye. “While he may seem like the traditional hero, he definitely has some skeletons in his closet that make him human.”

V-Wars doesn’t yet have a premiere date, but it’s likely fans will have to wait until 2019 to see Somerhalder in action. In the meantime, he has his hands full with actually filming the show, taking care of his 1-year-old daughter Bodhi (whom he welcomed with Nikki Reed in July 2017), and working on his foundation, which promotes conservation of wildlife and natural resources and also provides grants and education aimed at protecting the planet and everyone who lives here.

That includes both wild and domestic animals. Somerhalder and Reed have nine pets between the two of them, and he’s passionate about making sure they’re loved and cared for just like any other member of the family. “It’s truly incredible, what they give to your life and what they give to your family,” he gushed to Brit + Co. “It’s a lot of fur, a lot of little personalities, a lot of food, a lot of poop. But there’s just something very special about growing up with animals, and how it sort of informs the person you become. You have a different sense of compassion, patience, gratitude.”

Somerhalder’s love of animals is why he partnered with Royal Canin on a campaign to promote Take Your Cat to the Vet Day. “While I know that we’re all busy in this life and there’s a lot happening, these are our kids, and they need to be properly taken care of,” he told us. “[At ISF] we see a lot of animals that have not been properly cared for. And I know cost can be an issue, but the overall cost of preventative health care pales in comparison to health care costs for a sick animal.”

National Take Your Cat to the Vet Day is August 22, but as Somerhalder notes, “any day is great” to get your family pet checked out. “There needs to be not just awareness but action out of a campaign like this,” he said. “If you haven’t already, make sure to schedule that appointment and get that kitty to the doctor. A healthy animal is a healthy household.”