If You Can’t Go to the Women’s March on Washington, You Can Still Be Involved in These Ways 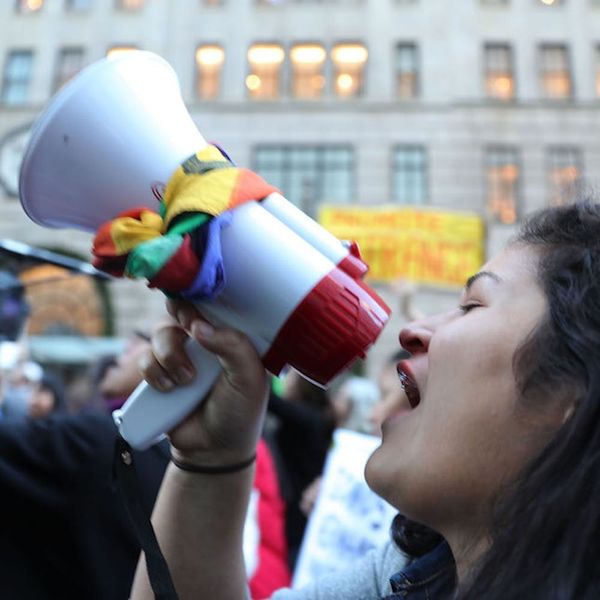 The Women’s March on Washington promises to be a demonstration of historic importance and proportion, with over 200,000 expected to attend and over a million more participating in hundreds of satellite marches around the world. Their message to incoming President Donald Trump is clear: “The Women’s March on Washington will send a bold message to our new administration on their first day in office, and to the world that women’s rights are human rights.” Hear, hear.

The significance of the March is so wide-reaching that some non-Americans — people whose health care or homes are not under immediate threat by the incoming administration — will make the trek to march too. But even if it’s not possible for you to be in Washington, there are ways to show your support and lend your voice. Here are a few ways to be involved.

Tag your friends & spread the word! We've launched a Messenger chatbot so you can get all the information you need on the go. Head to our Facebook page now to chat us up for details on the #WomensMarch.

Join Sister Marches. The number of sister marches happening around the world in solidarity is growing by the minute, but as of the time of writing, over 600 are planned with over one million people planning to attend. Find the one nearest you on their website, and, if you’re feeling particularly inspired, host your own if there isn’t one nearby.

Wear your support. Proceeds from the Women’s March t-shirts, tote bags, beanies and more are being used to cover travel costs for those attending the march with financial need. Plus, these items are badass on their own and will make a statement year round.

Donate or volunteer to relevant causes. The March itself is raising money to cover logistics, but organizations such as Planned Parenthood and the ACLU are also relevant as we stare down a Trump presidency — and more in need than ever if you have the means to donate.

Participate remotely, and for free. If you can’t attend and donating funds isn’t an option, voice your support with encouraging words and photos (maybe one where you’re wearing your pussy hat?!) on social media with the hashtag #WhyIMarch.

Are you planning on supporting the Women’s March on Washington, and if so, how? Let us know over @BritandCo!